The Simplified Arrival system has processed 66 million people at other U.S. airports, flagging more than 500 imposters 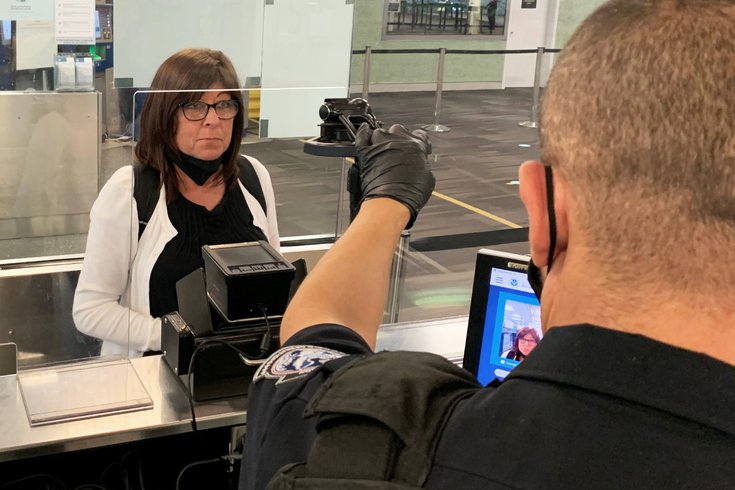 "The timing of the Simplified Arrival program couldn't be better in Philadelphia, with increased international travel ramping up for the summer season," airport CEO Chellie Cameron said. "The convenience, accuracy and speed of this touchless program will streamline the passenger experience while preparing us for the introduction of our outbound biometric exit program in 2022."

Travelers who arrive from another country will stop at a primary inspection point and have their photo taken. Simplified Arrival compares that photo to the traveler's passport or visa photo by measuring facial landmarks, like the distance between a person's eyes.

"That allows CBP to identify anomalies, such as people with outstanding arrest warrants, travelers with previous customs, immigration or agriculture law violations, travelers with ties to terrorism, or another reason why we need to take a closer look at a traveler," Steve Sapp, a spokesperson for U.S. Customs and Border Protection, said in an email to PhillyVoice. "This flight vetting allows us to know precisely who and what is coming to the U.S."

The facial recognition technology is more than 98% accurate, according to CBP. More than 66 million travelers have been screened through this type of technology so far, and more than 500 people have been prevented from illegally entering the country.

Still, privacy advocates have raised concerns about the increased use of biometric screenings. Technology that relies on fingerprints has been used at sports stadiums as a way to expedite security checks. But the rollout of facial recognition software at airport checkpoints has some people fearing an invasion in privacy.

"It's another step toward creating a comprehensive tracking system," Jay Stanley, a policy analyst with the American Civil Liberties Union in Washington told NBC News in 2019. "That's our ultimate fear, that we turn into a society where we are tracked in that way."

Customs and Border Protection said its has implemented safeguards to limit the amount of personally identifiable information used in the screenings. New photos of U.S. citizens are to be deleted within 12 hours, but photos of most foreign nationals are stored in a secure Department of Homeland Security system.

U.S. citizens and some foreign nationals can opt out of Simplified Arrival, though they will still have to show a passport or travel documents for admission into the United States.