How Philadelphia became a battlefield in 'Homefront: The Revolution' game 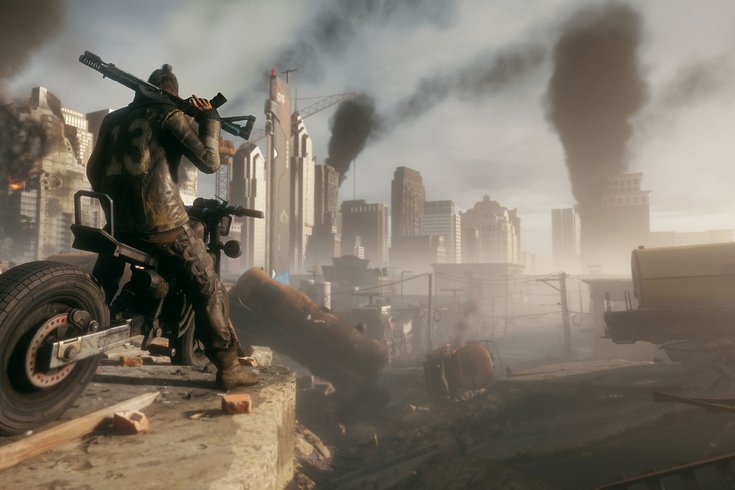 A screenshot of the new video game Homefront: The Revolution.

The year is 2029. A futuristic, unified Korea has taken over the city by force.

All that's left is a ragtag, guerrilla group of Americans ready to lay down their lives against an oppressive occupying army. And with America already ravaged by its oppressors, Philadelphia is where they make their stand.

This is "Homefront: The Revolution," a video game out May 17 from the developers at Deep Silver Dambuster Studios in Nottingham, England.

Setting the adventure in the Birthplace of America was always the intention, even very early on the game's development, which started five years ago, said Fasahat Salim, project lead.

"For us, it was really important to get the essence of the city," he said.

Salim talked with PhillyVoice recently about what went into the research as developers set about to turn the city into a near-future war zone.

Given Philadelphia's colonial history, making it the setting of the game – something of a reboot of 2011's "Homefront" – was "a no-brainer," since the game features guerrilla army fighting, Salim said.

"Philadelphia was the obvious choice. Just because it has so much historical significance with the idea of independence," he said. "Obviously it's the birthplace of American independence. It's where the Declaration of Independence was signed. You guys have all these great, old, iconic landmarks that, basically, were built on the principle of independence." 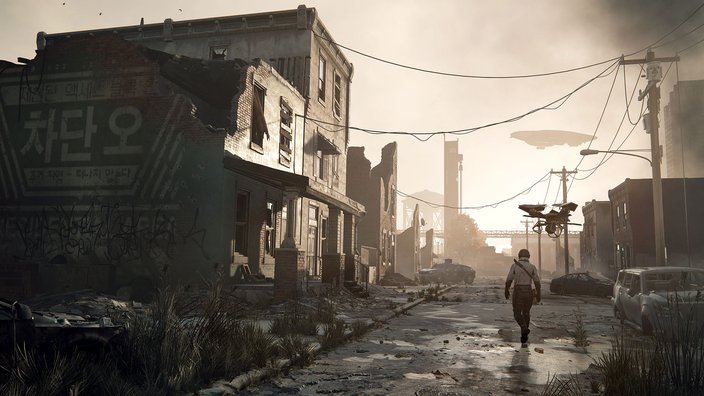 In order to get a feel for Philadelphia and accurately portray it in the game, Salim said the game studio sent a team to the city to scout locations, check out local architecture and landmarks and just get a sense of what it's like in the City of Brotherly Love.

They took back what they learned and the team worked to translate that research into the Philadelphia that will seen in the game. Still, he noted, the city won't be "Google Maps-accurate" in the game.

"...For us, nothing screams Philadelphia more than the rowhouses. We spent a lot of time making sure they were a fundamental part of the area that the player is going to traverse." – Fasahat Salim, project lead on "Homefront: The Revolution"

"When we're translating a city into a game we kind of have to cater for how those spaces work in a virtual environment, how they feel when you're implanting gameplay, and how the player feels when they are coming across all these different scenarios that we are throwing at them," Salim said.

Players of the game will still see familiar city landmarks, including City Hall, Independence Hall and The Bourse in Old City. There are some other surprising Philly locales featured that we won't spoil here.

But those locations might look a little worse for wear in "Homefront: The Revolution," due to the ongoing warfare and what Salim called "augmentation" by the fictional Korean army.

"Everyone who is familiar with the buildings will recognize them instantly, but you'll also see that there's something not quite right about them because of this augmentation," he said. 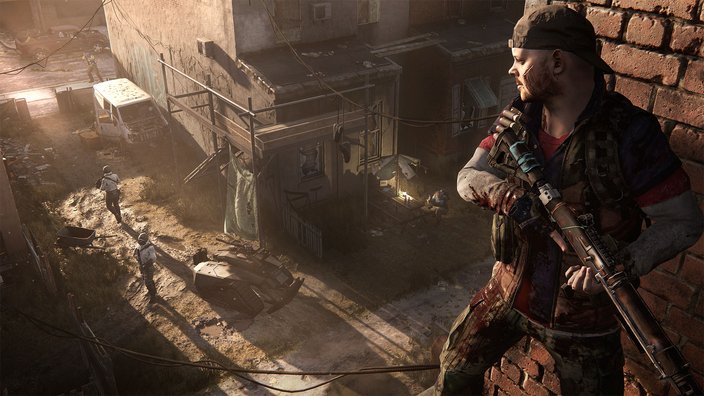 But the game goes beyond those landmark locations to include the rowhomes and neighborhood feel of the city as developers set up a background for intense block-by-block warfare.

"I'm glad you touched on the rowhouses, because for us nothing screams Philadelphia more than the rowhouses," Salim said. "We spent a lot of time making sure they were a fundamental part of the area that the player is going to traverse."

In fact, he said, developers worked so intensely on making rows of homes on neighborhood blocks, that players in early versions of the game were getting lost in the virtual cityscape.

But, don't expect to take on Korean soldiers in Fishtown. The game will not feature a virtual Philadelphia with recognizable neighborhoods.

If you've ever seen row after row of near identical housing in Northeast Philly and parts of South Philly, you might know the feeling.

"We went through several iterations of the game that were literally just dealing with row after row of these houses and they all looked the same," Salim said. "And, when you're playing a video game, it's very difficult to actually navigate the spaces if everything looks the same. And, that's a challenge that we didn't know when we were building them.

"So, initially we had built an entire section which was very similar to a block of row houses that you would see in Philadelphia, but when we dropped the player in that space, we just found it really difficult for them to know where they were and which direction they were going," he added.

To make the blocks unique, he said, the game's architects modified the appearance of the homes to reflect their condition after long battles. Blown-up walls and alleyways and destroyed buildings made for new pathways through the visually similar city blocks.

"Our game is about an occupied Philadelphia that has seen a lot of war," Salim said. "Basically, we've bombed out a lot of these buildings; we've put, like, big holes in them. So, all of a sudden, that grid-like precision in which rowhouses are laid out, it kind of opens up when there's an explosion that has gone off in the middle, so it allows you to cut through these buildings, cut through these streets and alleyways very quickly."

But don't expect to take on Korean soldiers in Fishtown. The game will not feature a virtual Philadelphia with recognizable neighborhoods.

Besides, Salim said, the developers didn't want to be completely accurate – in one of the trailers, there's a sign for North and Elm Tree streets, an intersection that does not exist in the city – to allow a bit more freedom to build the game around the action.

As a result, the "downtown" area features many notable Center City locations, while "midtown" highlights architecture seen north of City Hall. In the "suburban" area, players will see building characteristics inspired by what the team saw in areas near Philly.

COMBAT WITH A BIT OF 'ROCKY'

Beyond the setting, the game's Philadelphia story has a little bit of "Rocky" in it as well, Salim said, as the player is an ordinary Philadelphian fighting against a much stronger opponent. A head-on rush won't defeat the enemy as the player will need to rely on guerrilla tactics to make it through alive.

"Our game is about resistance fighters. It's about trying to start a revolution," said Salim. "The core, the resistance guys, are usually guys who have had normal jobs. They were lawyers, doctors and they kind of ended up in this situation out of necessity. They take up arms and try to fight for freedom and liberty in order to take back their home."

The main character is Ethan Brady, a "normal dude" who has had a rough background. In the beginning of the game as Brady, the player is a new member of the resistance force. In the course of gameplay, the character grows and develops into a "pivotal leader of this resistance" and gets his own guerrilla team to take on the enemy.

The development team focused on trying to make the player feel like a resistance fighter, not a typical video game hero. In many games, Salim said, players take control of super-soldiers armed with the best weapons, armor and grenades on the virtual battlefield.

It's a different story in "Homefront: The Revolution."

"We wanted to basically focus on the essence of being the guerrilla fighter, being the underdog," Salim said. "Always knowing that you have to resort to those tactics that are used in guerrilla warfare around the world."

Full on assault, he said, would amount to suicide, so players have to salvage weapon parts, conserve ammo and rely on ambushes with quick hit-and-escape runs. "Basically, hit the enemy when they least expect it and get out of there before they can react," Salim said.

"They are always going to have more weapons, more soldiers to throw at you, so you always have to be pretty strategic and clever about the fights you choose to engage in," he said. "For us, the main pillar of this game is to try and deliver a true guerrilla warfare experience where a player has to use their head as well as what's around them to try and mold an arsenal and try to overcome the enemy."

For more information or to purchase "Homefront: The Revolution," visit the game's web site.