The city will separate the Division of Aviation from the Department of Commerce, and provide graduates of the School District's vo-tech programs with five extra points on the civil service exam 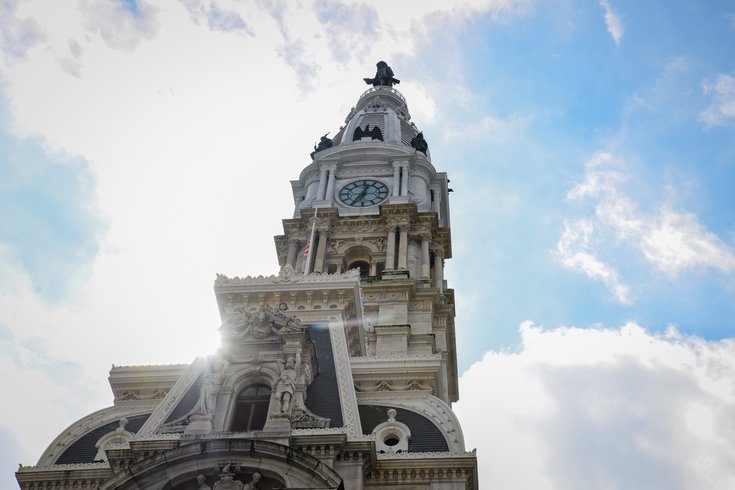 Philadelphia voters approved both ballot measures presented to them during Tuesday's midterm elections. The city will establish a Department of Aviation to manage the city's airports, and will give graduates of the School District's Career and Technical Education programs five extra points on their civil service exams to provide preference for city government jobs.

More than 70% of voters approved of providing School District graduates of Career and Technical Education programs with five extra points on their civil service exams in order to boost their preference for city government jobs.

A question about establishing a Department of Aviation as a separate entity apart from the Department of Commerce was also approved with 67.89% of the vote. With 96% of divisions reporting, here's a breakdown of how Philly voters responded to each ballot question.

Question 1: Should the city establish a Department of Aviation? — YES

The city's Department of Commerce has long been responsible for operating and maintaining Philadelphia's airport facilities. Its Division of Aviation — which alone has a $380 million annual budget — carries out those functions. Its large budget is not reliant on local tax revenue, though. Rather, it's funded through fees charged to airlines and other revenue sources.

The proposal received widespread support from the city's elected officials, including Mayor Jim Kenney and most members of the City Council. Former Philadelphia International Airport CEO Rochelle Cameron also signaled support for the measure, saying that establishing it as a separate entity within the city charter would help streamline operations and help modernize the city's airports.

By approving this measure, voters have decided that the Division of Aviation should be separated from the Department of Commerce and established as its own department. The standalone department will include a mayor-appointed director who will oversee the Department of Aviation, which will be responsible for operating, maintaining and improving airport facilities.

The Department of Aviation will also be able to set its own rates and charges for the use of airport facilities.

Voters approved this measure with 67.89% support.

Question 2: Should grads of the city's vo-tech schools receive preference when applying for city jobs? — YES

While the mayor is responsible for appointing key city officials, other non-elected positions are filled by the Civil Service Commission. The system evaluates job applicants based on tests related to the position, and applicants must meet different score thresholds for certain jobs. Those who take the exam are ranked by score and only those with high scores are interviewed for the position.

The only other group that receives additional points on the exam is veterans, who are given 10 extra points. By approving this measure, voters have decided that graduates of the School District's Career and Technical Education programs should receive five extra points. Depending on an applicant's score on the exam, those extra points could tip the scale in their favor.

City Councilmember Katherine Gilmore Richardson introduced a bill to establish a system of preference for graduates of CTE programs, which are commonly known as vo-tech programs and are intended to teach students specific career skills they can use after graduating high school.

Unlike many pieces of legislation in City Council, the proposal to provide vo-tech graduates with extra points received some opposition among the body's 17 members, particularly from Councilmember David Oh. He, along with several other members of City Council, believed that providing CTE graduates with extra points would devalue the preference points given to veterans. Still, the preference given to vo-tech graduates through this measure does not exceed the preference given to veterans, whose 10 exam points are unaffected by the measure.

Voters approved this measure with 70.89% support.