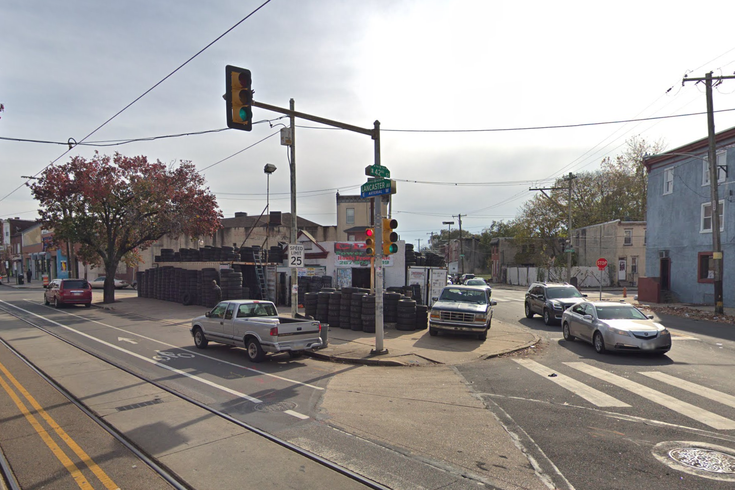 The tire shop near 42nd Street and Lancaster Avenue, where a child was thrown from a car during an alleged assault.

A man reportedly threw a 1-year-old child, still sitting in a car seat, from a car Wednesday morning during an altercation in West Philly.

The incident took place near the tire shop on the corner of 42nd Street and Lancaster Avenue, when a 39-year-old man and a 31-year-old woman began arguing, according to KYW.

A police report said the woman began breaking the windows of the car with a baseball bat, at which point police said the man attempted to protect the child.

Witnesses said the man opened a car door, pulled the car seat and child out from inside, then launched both the seat and the child in the air. The child reportedly landed on its head, according to eyewitnesses.

Workers from the tire shop tended to the child, who suffered bruising but wasn't seriously harmed during the incident, KYW reported.

Police said the woman hit the man in the head several times with the bat, according to KYW. The man was taken to the hospital; his condition is currently unknown.

An investigation is underway, according to police.