Eagles' Nick Foles does the Philadelphia weather report on FOX29 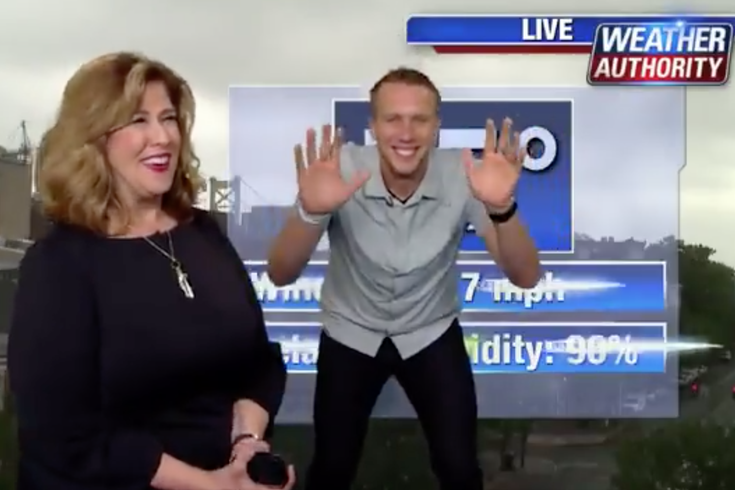 Not since 1975, when John Lennon presented Philadelphia with a weather report, have we had a true, world-historical legend in town to tell us what we already know: It's hot outside.

That drought ended Thursday morning, when traveling author and Super Bowl MVP Nick Foles appeared on FOX29's Good Day Philadelphia to answer basically the same questions he's been answering endlessly since February — not that anyone minds. ("Can you explain how it felt to catch that touchdown pass on the Philly Special?" "Man, that moment was really special.").

Foles has been making rounds in support of his new memoir, "Believe It: My Journey of Success, Failure and Overcoming the Odds," which is already a bestseller on Amazon.

RELATED: Sixers' Joel Embiid explains why he dunks all over Philly fans

On Wednesday, Foles joined Chris Carter and Nick Wright on FS1's "First Things First," where he discussed his friendship with Carson Wentz and explained why he doesn't mind embracing the back-up role in Philadelphia as the team prepares to defend its title.

Thursday morning's chat with Alex Holley and Thomas Drayton was pleasant. The only piece missing here was whatever insane interaction would have ensued with Mike Jerrick asking the questions.