It has been closed since the start of the pandemic, and most of the property will be used for PHL's air-cargo expansion plans 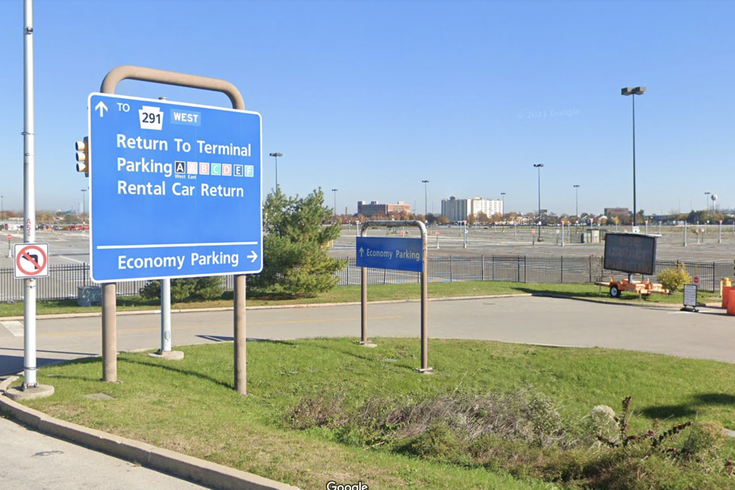 Philadelphia International Airport's economy lot is reopening 1,850 parking spaces on April 21, 2020. The lot has been closed since the beginning of the COVID-19 pandemic.

Travelers at Philadelphia International Airport soon will have access again to a limited number of economy lot parking spaces. The lot was closed at the beginning of the COVID-19 pandemic as PHL shifted more parking to a series of private lots nearby the airport.

Relied upon by travelers, the convenient, $13-per-day, flat-rate parking facility will have 1,850 spaces available beginning April 21. That's about a quarter of the economy lot's capacity prior to it closing in March 2020. Pre-pandemic, the lot could hold more than 7,000 vehicles. The airport has 12,000 more parking spaces throughout the property.

The economy parking lot was closed amid declining air travel during the pandemic and as plans took shape the expansion of the airport's cargo capacity in the years ahead. The air cargo and air support facility will takeover approximately 9 acres of Philly International's economy lot.

Airport officials initially said in December that the economy lot's closure would be permanent. Instead, PHL has been working on ways to reopen a small portion to travelers and restore the corresponding shuttle-bus service.

More details about the return of the new spaces will be released in the weeks ahead.

"We are still in the spring break travel period and do not want to confuse passengers traveling during this time," PHL spokersperson Heather Redfern said in an email Friday afternoon.

Since the closure of the economy lot, many travelers have relied on private parking lots areas surrounding the airport, which add about 9,000 spaces for travelers. Officials had been encouraging travelers to use public transit, taxis and rideshare apps instead of taking their cars to the airport.

Some travelers who depended on the economy lot shared frustrations over the lot's closure, especially as it sat empty during the resurgence of air travel through the holiday season last year.

PHL is in the early stages of expanding its air cargo facility footprint by roughly 136 acres in the coming years. This will more than double its square footage dedicated to handling cargo, increasing from about 600,000 square feet to 1.4 million square feet and making Philadelphia more competitive with airports in New York, Newark, Baltimore and Washington, D.C.

The 70,000-square-foot air-cargo support facility on the economy lot land — one of several proposed projects, in the coming years — will be situated near Terminal E and Runway 17/35. Additional surface parking is expected to be built at a future date.

"This initiative will have a massive economic impact on the region and cement Philadelphia’s status as an intermodal logistics hub," PHL CEO Chellie Cameron said last summer. "We are thrilled to begin this work in partnership with our interdisciplinary partners to drive both immediate and longterm growth."