Spanx, Brighton and the PGA Tour Shop are among the latest to welcome travelers again 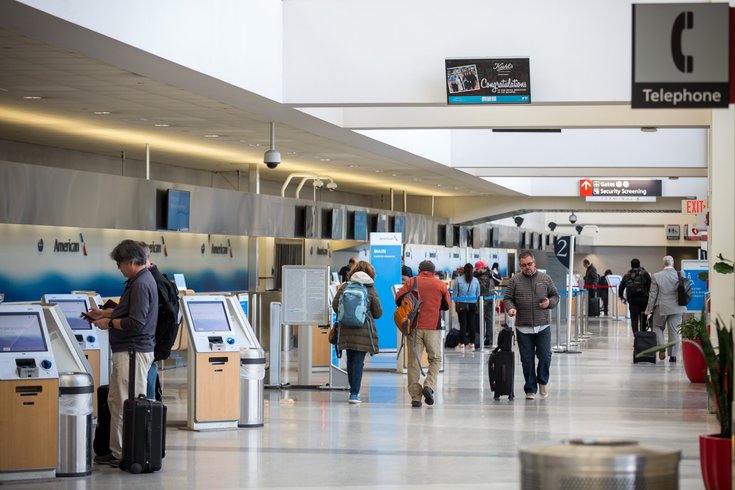 More than 120 restaurants and shops have reopened at the Philadelphia International Airport as the travel industry rebounds from the COVID-19 pandemic.

The Philadelphia International Airport is much closer to resembling the bustling scene it was before the COVID-19 pandemic.

When travel screeched to a halt in the spring of 2020, just 14 concessions remained in operation — the airport's lowest total ever. Airport terminals were stripped to the bare essentials — a coffee shop, newsstand and restaurants with carry out options. Hours were slashed to match the reduced number of flights going in and out of the airport.

Now, as travel rates have started to approach pre-pandemic numbers, more than 120 concessions and stores are open throughout the airport. More re-openings are expected in the months ahead, including a Burger King in Terminal E and LifeWTR Lounge near Terminal A-East.

"Some of the most recent re-openings are Spanx, Brighton and PGA Tour Shop in the B/C Connector," Marketing and Customer Service Manager Megan O'Connell said. "As we approach the holiday season, we know we will have a good variety of stores open for guests picking up last-minute gifts."

Still, the travel industry isn't out of the woods yet.

After a surge in summer travel, many airlines are reporting decreased travel demand as the highly contagious delta variant continues to spread through the country. Southwest Airlines announced it will cut its fall flight schedule for September and October.

On Wednesday, 1.46 million people traveled through security checkpoints nationwide, compared to the 2.15 million that traveled that on Sept. 15, 2019, according to TSA data.

The 2021 figure is nearly three times higher than the 577,847 people that traveled on Sept. 15, 2020, but it shows travel demand is still lower than its pre-pandemic levels.

The airport had 173 concessions and restaurants operating in 2019, O'Connell said.

"No locations have closed for good due to the pandemic, however, some had expired leases and are in the process of being re-leased or are being converted to a new concept," O'Connell told PhillyVoice in an email.

Hiring employees for the newly reopened stores and restaurants has been a challenge, O'Connell said. Some merchants faced hiring difficulties and had to delay their reopenings due to the national labor shortage.

There are still jobs available. Listings can be found at phl.org/jobs.

Earlier this year, the airport launched a program that allows travelers to order food to be delivered at their gate from 7 a.m. to 5 p.m.