At the Philly airport, travelers can see zoo animals – like Bili the lizard

Once each month, the Philadelphia Zoo brings a tortoise, armadillo or other creature to PHL as part of a revived program 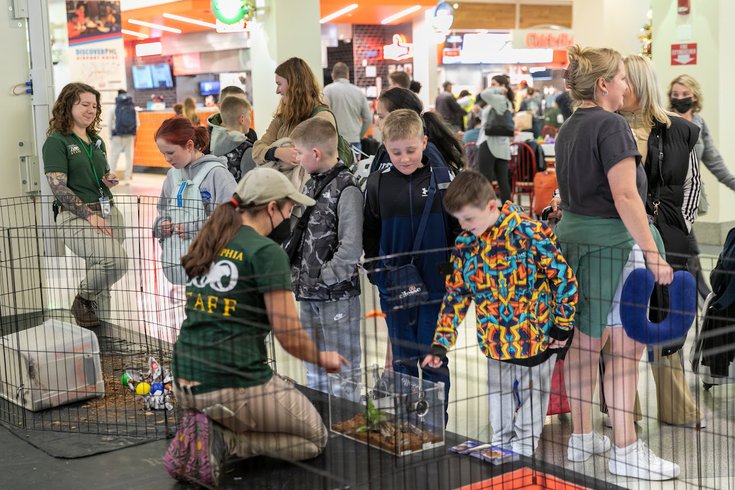 The Philadelphia Zoo is bringing animals to the Philadelphia International Airport once each month as part of an educational program that was paused by the COVID-19 pandemic.

Travelers passing through Philadelphia International Airport might encounter some unexpected wildlife as they are waiting for their flights.

The Philadelphia Zoo is again bringing its team of animal ambassadors to PHL on a monthly basis as part of an educational program that allows travelers to meet various creatures, including a 24-year-old armadillo named Camilla, a 36-year-old tortoise named Rhonda and a 23-year-old prehensile-tailed skink named Bili.

A rainbow boa and blue-and-gold macaws also make rotating appearances. The program dates to 2019, but it was paused for nearly three years due to the COVID-19 pandemic. It returned for the first time last month.

"The airport events are a reflection of the city and by having Philadelphia Zoo, one of the city's greatest attractions, bring in live animals is an amazing and memorable experience for our passengers," said Leah Doughlas, the airport's director of guest experience. "It's always fun seeing people’s expressions because it's so unexpected and delightful."

Many travelers have expressed their gratitude for the program, according to the zoo. They include local residents who have been inspired to return to the zoo for the first time in years, and others just passing through the airport. One U.K. family remarked that learning about the animals made for a more enjoyable layover.

"The biggest takeaway from this experience is that animals are a universal good," said Dani Hogan, the zoo's director of mission integration. "It doesn't matter where you're from or what you do – seeing a live animal just enjoying themselves in a surprising way is such a genuinely good thing for people to experience." 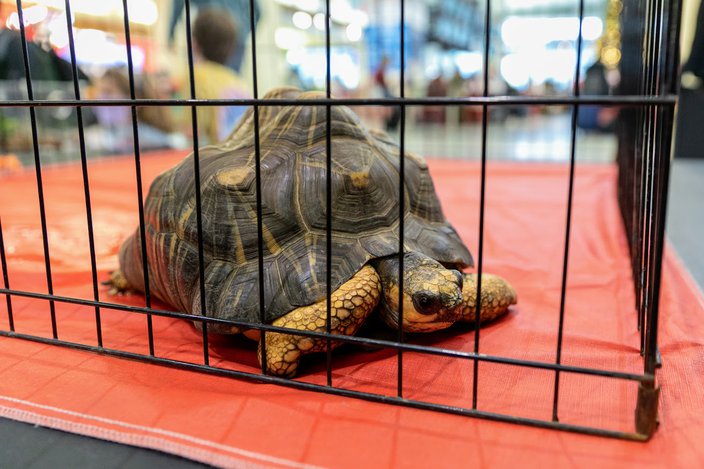 The program makes its next appearance Thursday, Jan. 19, from 1-3 p.m. on the stage across from the food court between terminals B and C. Animals also will be back on Feb. 16, March 16, April 6 and May 11.