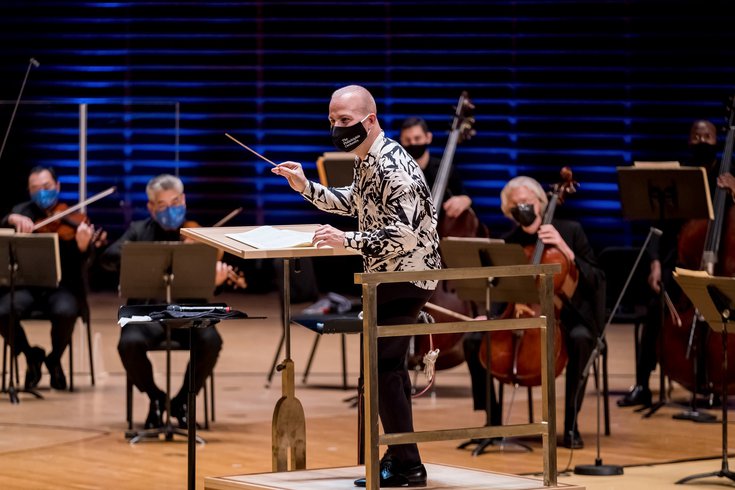 Philadelphia Orchestra Music Director Yannick Nézet Séguin is one of several musicians who will be featured in 'Great Performances: Beethoven in Beijing.'

The Philadelphia Orchestra's historic trip to China in 1973 and the ensemble's contribution to the growing popularity of classical music there will be featured in a documentary that is set to debut later this month.

"Great Performances: Beethoven in Beijing" tells the story of classical music's growth in China through the lens of the Philadelphia Orchestra.

The Philadelphia Orchestra became the first American ensemble to perform in China after former President Richard Nixon asked the orchestra to visit the country. The 1973 tour came at the conclusion of China's Cultural Revolution, which banned Western classical music and other art forms in favor of politically-themed work.

Classical music's popularity has since surged across China, prompting the development of new concert halls and tens of thousands of musicians entering the space.

The film features archived footage from the Philadelphia Orchestra's visit, as well as a behind-the-scenes look at present-day classical music tours across China.

The story is told through first-person recollections from American and Chinese musicians and historians who were directly impacted by the increased popularity of composers such as Ludwig van Beethoven.

Philadelphia Orchestra Music Director Yannick Nézet Séguin and classical pianists Lang Lang and Gary Graffman are among the people featured in the film.

The Grammy Award-nominated Lang moved from China to Philadelphia to train at the Curtis Institute of Music. His first return to China came while performing as a soloist for the Philadelphia Orchestra.

Graffman is also an author and a professor at the Curtis Institute.

"Great Performances: Beethoven in Beijing" will premiere Friday, April 16 at 9 p.m. on PBS and the PBS Video app. The film's trailer can be viewed below.

Jennifer Lin and Sharon Mullally are the film's co-directors. Lin spent 31 years at the Philadelphia Inquirer as a reporter and was formerly the newspaper's China correspondent.

Three-time GOP mayoral candidate Sam Katz serves as a producer on the film. Katz's Philly-based production company, History Making Productions, was involved with the project too.

Sharon Pinkenson, the executive director of the Greater Philadelphia Film Office, also is a producer on the documentary.