The beer will be available while supplies last 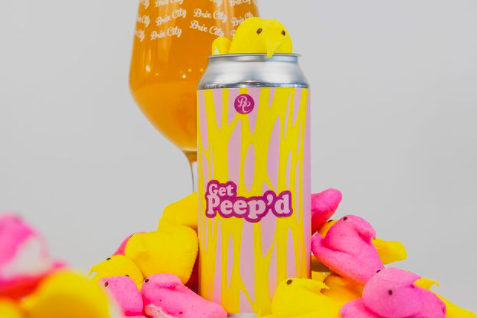 A New Jersey-based brewery created a Peeps-inspired beer just in time for the Easter holiday.

The beer is brewed with wheat and triple-hopped before being conditioned with marshmallow cream, Nj.com reported.

It launched this week and will be available until supplies run out.

“We saw Easter was coming up, and we were trying to figure out something fun to do,” Brix City Brewing Brand Manager James Foley told NJ.com. “We were like, ‘Oh, let’s do like a Peep beer.’ ... It’s just kind of like a fun beer that was inspired by childhood.”

This isn't the brewery's first marshmallow-flavored IPA. Brix City Brewing's Get Puff beer is a dessert forward NE style DIPA. Get Peep'd has 30% more marshmallow cream than Get Puff.

Get Peep'd launched alongside three other beers from the brewery: ABV Dynamics, Grateful Jams and O.G. Kolsch