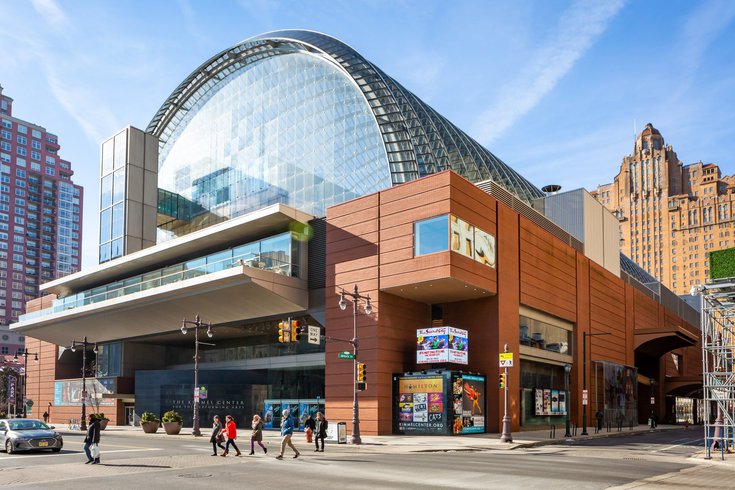 The Kimmel Center and Philadelphia Orchestra are merging under a parent organization as they seek to recover from the financial losses they endured amid the COVID-19 pandemic.

The Kimmel Center and the Philadelphia Orchestra are joining forces under a new parent company in an effort to bounce back from the financial hardships they've endured during the COVID-19 pandemic.

The new company, The Philadelphia Orchestra and Kimmel Center, Inc., will strengthen business operations and allow for more flexible scheduling and collaborative partnerships across the city's performing arts community, according to a joint statement issued Thursday.

Matías Tarnopolsky, who heads the orchestra, will serve as the new company as president and CEO.

"We recognize that deepening our partnership will accelerate change and progress toward a more vibrant, equitable and engaged artistic environment in Philadelphia," Tarnopolsky said. "This new organization will write a powerful next chapter in quality, access and diversity within our storied cultural landscape."

The orchestra canceled more than 200 performances during the pandemic, losing about $26 million in ticket sales and performance fees, the New York Times reported. Its musicians took a temporary, 25% pay cut.

The Kimmel Center lost out on more than 1,100 ticketed events totaling more than $42 million. With many of its employees were furloughed, it led an emergency campaign to raise $10 million.

Under the new structure, the orchestra will have the flexibility to host classical music festivals and collaborate with Broadway performers and jazz artists. The Kimmel Center will benefit from the orchestra's $266 million endowment.

The cultural institutions are awaiting regulatory approvals to finalize the merger. The institutions and their board of directors will remain as subsidiaries of the new parent organization.

Ewers, who is nearing her 70th birthday and plans to retire at the end of her contract, will remain CEO of the Kimmel Center amid the transition. During her Kimmel Center tenure, she has retired its debt, boosted its endowment and overseen a renovation plan.

Tarnopolsky, who joined the orchestra in 2018, has helped secure the organization's largest donation — a $55 million gift in 2019 — and negotiated contracts with its musicians. Prior to the pandemic, the institution said it was on secure financial footing, having overcome a 2011 bankruptcy.

Earlier this year, Music Director Yannick Nézet-Séguin pleaded with the Biden administration to provide a lifeline to the arts community, saying the pandemic had been "catastrophic."

"We have experienced the loss of income, jobs and livelihoods," he said in January. "We have lost so many colleagues that make up the diverse fabric of the American artistic voice. We have lost the driving force in our lives: making music, theater, creating art for live audiences."