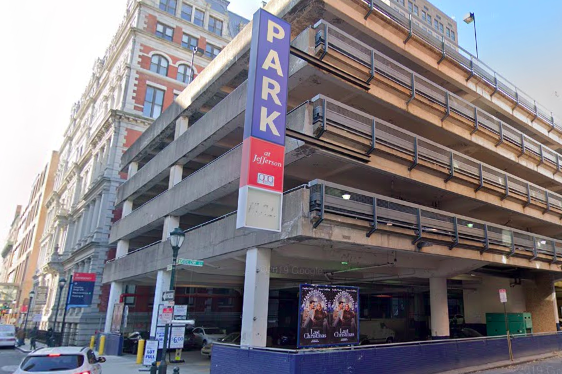 Philadelphia's parking taxes could decline as soon as July if a new bill advances out of City Council.

Philadelphia has one of the highest parking tax rates of any major city in the country, but a new bill aims to lower it by one third.

The legislation, introduced Thursday in City Council, would reduce the tax rate from 25% to 17% as soon as July 1. The tax affects parking lots and garages.

"The goal of lowering this tax rate is for some of the benefits to flow directly to the parking workers, either by bringing back laid off parking workers, or by improving the pay and benefits of parking workers," Parker said in a statement. "I believe that it is possible to be both pro-business and pro-worker."

Last June, City Council voted to raise the parking tax from 22.5% to 25% due to pandemic-caused budget shortfalls. It also created a review committee to study the parking industry and develop stable jobs in response to a report that found most parking workers lived in poverty.

Philadelphia's parking tax is currently more than 6% higher than other major cities in the Mid-Atlantic region. New York City has a 10.375% parking tax everywhere but Manhattan, where the rate is 18.375%. Baltimore taxes parking at 20% and Washington taxes it at 18%.

Parker said the tax slash would go into effect only if the review committee deemed it beneficial for parking workers. If the committee concludes it would not be beneficial, Parker said she will drop the bill.

Parking facilities are responsible for collecting the tax from customers and paying it to the city.

Parking tax revenues declined by 56% last year due to the COVID-19 pandemic, dropping from $74 million in 2019 to $32 million. Parker said she will discuss the budget specifics as the bill advances next month.

Good morning, I just introduced a Bill that will lower the parking tax rate to 17%. It is my hope that by lowering the PTR, we can further incentivize those who want to return to our great City to enjoy our arts and culture, restaurants, hotels, convention center pic.twitter.com/QS1Jocadrs

Not everyone is on board with the tax reductions, though.

Daniel Trubman, of the urbanist advocacy group 5th Square, said the legislation goes against Vision Zero — the city's initiative to eliminate traffic deaths, WHYY reported. Lowered parking taxes will incentivize driving and increase air pollution, he said. And he doubted parking facility owners would pass the benefits to their employees.