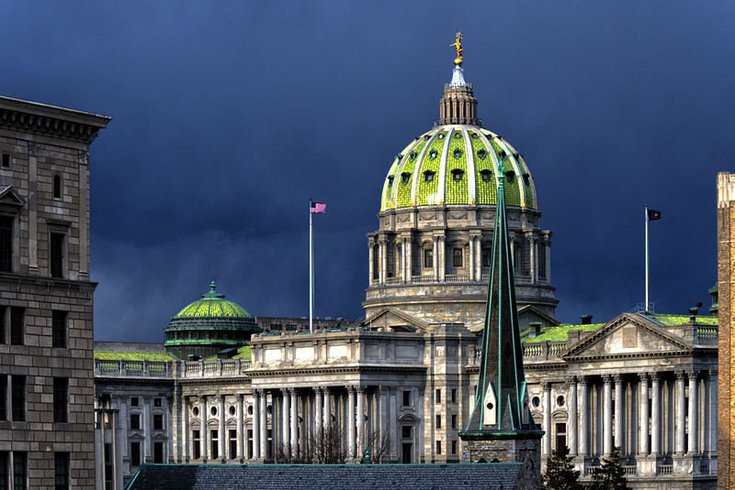 Pennsylvania residents will vote on emergency declaration protocols, racial discrimination and more in the 2021 primary election.

Pennsylvania voters will have four questions on their primary election ballots on May 18, asking residents to decide issues like emergency declaration privileges, protection against racial discrimination and emergency services funding.

All Pennsylvania voters, regardless of party affiliation, will be able to vote on the statewide ballot questions this election.

Shall the Pennsylvania Constitution be amended to change existing law and increase the power of the General Assembly to unilaterally terminate or extend a disaster emergency declaration – and the powers of Commonwealth agencies to address the disaster regardless of its severity pursuant to that declaration – through passing a concurrent resolution by simple majority, thereby removing the existing check and balance of presenting a resolution to the Governor for approval or disapproval?

The House and Senate Republican caucuses and a few Democrats have voiced support for this bill. The state chapter of the conservative political group Americans for Prosperity ran a campaign in support of the bill, as well.

Most Democrats and Gov. Tom Wolf are against the bill. A grassroots Democratic group, Turn PA Blue, also voiced opposition to the bill.

Voting "yes" would allow the state's General Assembly to extend or terminate the governor's emergency declaration by passing a resolution by simple majority, which the governor cannot veto.

Voting "no" would continue to allow the governor the ability to veto resolutions intended to terminate or extend emergency declarations – though a veto could be overridden with a two-thirds legislative vote.

This question would amend the state constitution limiting disaster declarations to 21 days, after which it would need legislature approval to be extended. Currently, declarations last 90 days and can be renewed as many times as the governor deems necessary.

It would also prevent the governor from issuing a new declaration based on the same situation, unless the state legislature also passed a resolution to approve the new declaration.

Republicans are in favor of this question, while Democrats oppose it.

Voting "yes" would amend the constitution to limit the governor's disaster or emergency declaration to 21 days and give more power to the legislature on how disaster emergencies are managed.

Voting "no" would oppose the amendment and the governor would retain the ability to issue emergency declarations for longer than 21 days.

Question 3: Prohibition against denial of equality of rights because of race or ethnicity

Shall the Pennsylvania Constitution be amended by adding a new section providing that equality of rights under the law shall not be denied or abridged because of an individual’s race or ethnicity?

The constitutional amendment would make it illegal to deny or restrict someone's rights under state law due to their race or ethnicity.

Both Democratic and Republican lawmakers support the bill, which was sponsored by Sen. Vincent Hughes, D-7th. The ACLU of Pennsylvania also supports the bill.

"The proposed equality amendment to Pennsylvania’s constitution has the potential to expand protections against racial and ethnic discrimination, protect against unintentional but still disproportionate impacts on people of color, challenge discriminatory actions by non-governmental entities, while still permitting race-conscious programs that increase equality," the Inquirer reported the organization said in statement.

The League of Women Voters did not oppose the bill, but cautioned that it could be used in 'reverse discrimination' cases.

"Thus, if a Caucasian person felt they were discriminated against by a state-run operation or agency in hiring, admissions, or denied opportunities, they could sue under this new law," the League wrote.

Voting "yes" would add the language to the state constitution that protects the rights of individuals, regardless of race or ethnicity.

Voting "no" would oppose adding the language to the constitution that protects the rights of individuals, regardless of race or ethnicity.

Do you favor expanding the use of the indebtedness authorized under the referendum for loans to volunteer fire companies, volunteer ambulance services and volunteer rescue squads under 35 PA.C.S. §7378.1 (related to referendum for additional indebtedness) to include loans to municipal fire departments or companies that provide services through paid personnel and emergency medical services companies for the purpose of establishing and modernizing facilities to house apparatus equipment, ambulances and rescue vehicles, and for purchasing apparatus equipment, ambulances and rescue vehicles, protective and communications equipment and any other accessory equipment necessary for the proper performance of the duties of the fire companies and emergency medical services companies?

This referendum would make municipal fire departments – or companies with paid firefighters – and emergency medical services companies eligible to apply for loans from a state program already available to volunteer companies. However, it would not add any additional funding to the loan program.

It received support from both Republican and Democratic lawmakers, as well as the Pennsylvania Fire Emergency Services Institute and Pennsylvania Career Fire Chiefs Association.

Voting "yes" would allow the fire and medical services to apply for loans from the state.

Voting "no" would prevent fire and medical services from applying for loans from the state's program.

Registered voters can locate their polling places online to vote in person. Polls will be open 7 a.m. to 8 p.m. on Tuesday, May 18. People voting by mail, can bring completed ballots to the Philadelphia County Board of Elections office (City Hall, Room 130), deposit them in a drop box or mail them in time for May 18.