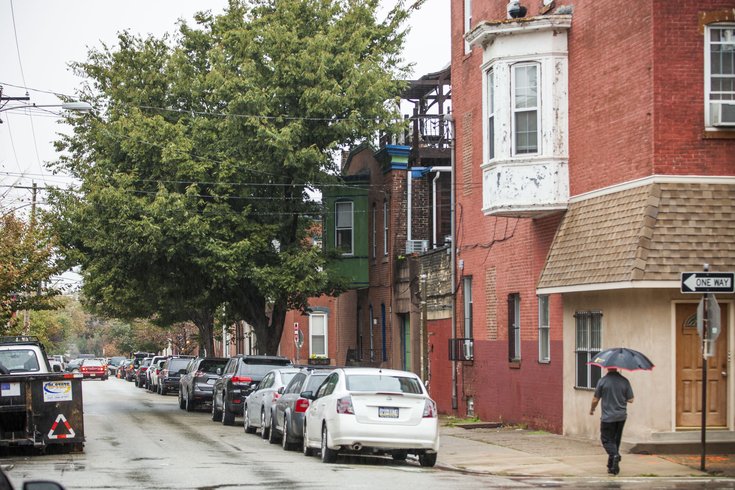 Trees on Parrish Street in the Fairmount neighborhood of Philadelphia.

In an effort to create a greener city, Philadelphia Parks & Recreation announced Thursday that it's giving away trees to just about anyone who wants one – or two.

Officials from the program, TreePhilly, said that it's helping in the city's goal of increasing tree canopy coverage to 30 percent in all of the city's neighborhoods. In partnership with TD Bank and Fairmount Park Conservancy, private property owners can register for up to two trees – choices include large and small trees as well as some fruit trees – until Oct. 30.

“This season we’re emphasizing that fall is the best time to plant trees in Philadelphia," said TreePhilly Program Manager Erica Smith Fichman in a news release. "The cooler weather allows the trees to adapt to the planting site without the threat of scorching heat. Trees planted in the fall have more time to develop their root systems, and with proper planting and care, they will have a higher survival rate than those planted in the spring.”

Registration is encouraged, but those interested can also show up to the giveaway events where they'll be given mulch and taught how to care for the new plant.

Here's where and when to pick up the trees:

TreePhilly is not the only organization to spur such an effort. The Pennsylvania Horticultural Society's "Plant One Million" campaign has planted close to 520,000 trees throughout southeastern Pennsylvania, New Jersey, and Delaware in an effort to increase the area's canopy coverage.

In some neighborhoods, like North and South Philly, tree coverage is only about 3 percent while about 50 percent of Northwest Philadelphia is covered, according to PHS.

In an interview with PhillyVoice last year, Mindy Maslin, the project manager for PHS' Tree Tender program said that while a tree's lifespan on a city sidewalk is less than 10 years, some could live for up to 50 years if planted in a lawn or yard.

"Trees adapt because they’re amazing. Like any successful urban dweller, they take advantage of limited resources available to them and adapt," she said. "The trees that are the most successful are those that are best at adapting. Human help is key to urban tree survival – a little help in the way of weeding, aerating the soil, mulching and watering increase and, in fact, are key to urban tree survivability."