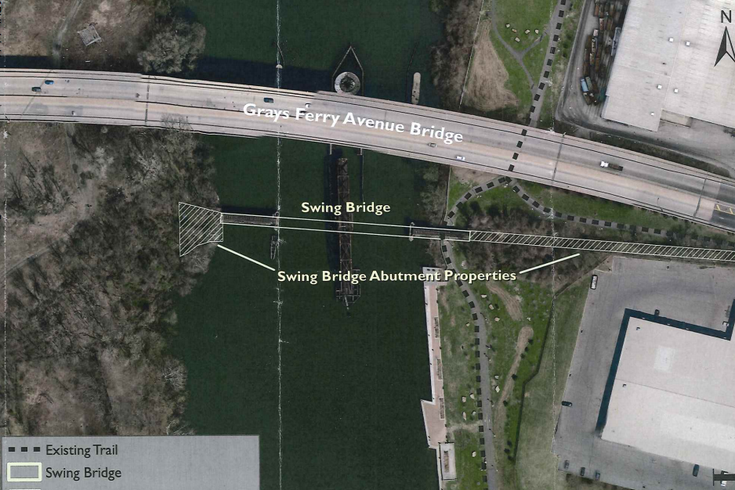 A bill has been introduced in Philadelphia City Council to authorize the acquisition of a bridge that crosses the Schuylkill River below the Grays Ferry Bridge.

The city would acquire the abandoned rail swing bridge and nearby land from Conrail, which will clear a path for construction of a new bicycle and pedestrian bridge linking trails on both sides of the river, according to PlanPhilly.com.

Once the bridge and its abutments are acquired, the property will be part of the Schuylkill River Park of the Fairmount Park System.

The new bridge would connect the Grays Ferry Crescent Trail and Bartram’s Garden, which is a project of the Schuylkill River Development Corporation.

The bill was introduced by Councilman Kenyatta Johnson on Thursday.