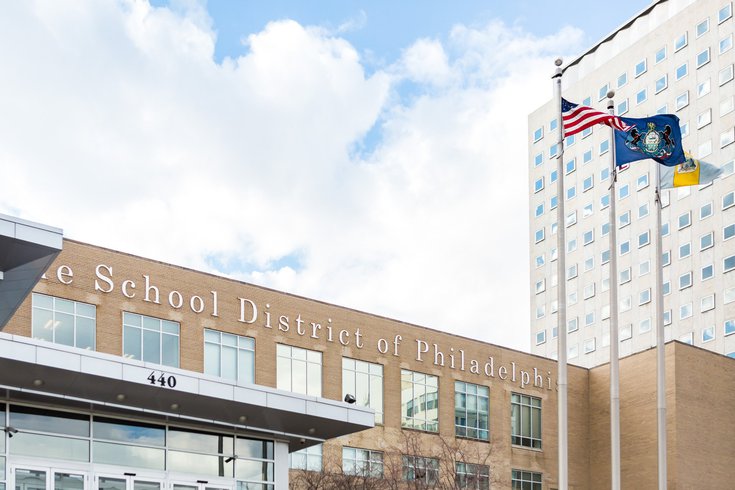 A group of students and teachers urged the School District of Philadelphia to adopt 10 measures designed to improve racial justice in the city's schools.

Hundreds of Philadelphia students and teachers took to the streets of Center City on Sunday to demand racial justice reform in the city’s schools.

The event, called "Philly Educators and Students March for Black Lives," was put together by a number of local activist groups, including Black Lives Matter Philly.

Protesters held signs, chanted and played music as they marched from City Hall to the School District of Philadelphia’s headquarters on North Broad Street, calling for educational justice for Black and Brown students.

Several speakers, including students, teachers, rally organizers and elected officials, addressed the crowd of protesters at City Hall and upon arrival to the school district’s headquarters.

The protesters issued 10 demands for "radical education transformation," including the development of protections for students and teachers who experience racism, eliminating school police, increased funding for school counselors and social workers, and mandating anti-racist training for all teachers.

Here are some scenes from Sunday’s demonstration.

Peaceful protest today in support of Black students & teachers in @PHLschools - shout out to @215studentunion and others for organizing! Where were you @SDPHite? Union leaders? Is the success of our Black & brown youth not important to you? #phillyprotest pic.twitter.com/JkSDXVEZoZ


As #phled teachers and supporters marching for Black lives arrive at district HQ, this is the scene. pic.twitter.com/O9e5QNpuXy


Are #phled leaders listening? 3 board members are here at the rally: @FixMallory @ibn_akbar and @angelamciver. “There’s urgency,” McIver said of equity and anti-racist issues. “We need to push this.” pic.twitter.com/D2qZGbyMXU


Andrea and Amy Pittman are middle school public teachers in Philly. They are here today for the disproportionate amount of Black students in special-ed. “We need policy makers and educators to acknowledge that race matters”. pic.twitter.com/9vSG6AoKOg


Senator Sharif Street says for many, the demands being asked for today are nothing new. “for many this is a multi-generational struggle.” pic.twitter.com/noVR614IJd


Core organizer Keziah Ridgeway closing off the march with some words by political activist, Assata Shakur: “It is our duty to fight for our freedom. It is our duty to win.” pic.twitter.com/vzon5iYD2R


Keziah Ridgeway, one of the primary organizers of the march and teacher at Northeast High School begins the march with an indigenous land acknowledgement and a calling in of ancestors. “We must acknowledge that we are standing on stolen land. We’re not free until we’re all free.” pic.twitter.com/FU9aQZJnOa

Protests calling out racism and police brutality have taken place regularly across Philadelphia in the wake of George Floyd’s death. Floyd, a Black man, was killed on May 25 by Minneapolis police officer Derek Chauvin.