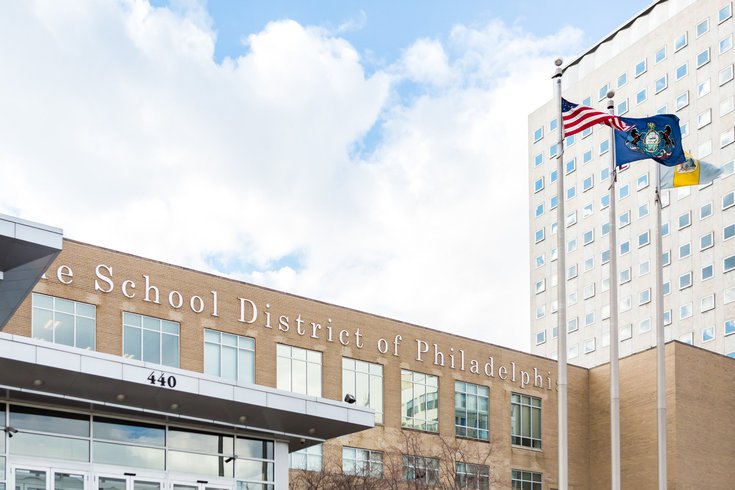 A group of teachers are pointing to the recent closures of several Philadelphia schools due to asbestos exposures as an example of the systemic racism faced by the city's black students.

Educators from Mary McLeod Bethune Elementary School organized a protest Wednesday outside the School District of Philadelphia's headquarters. They accused the district of bungling remediation work, which began at their school during the COVID-19 shutdown and continued as the school served as a meal distribution site.

Protesters demanded an apology from the district, health coverage for students and staff exposed to loose asbestos and a new school building, The Notebook reported.

They connected the asbestos contamination in Philly schools to the broader themes of racial injustice being raised by people protesting the police killings of George Floyd, Breonna Taylor and others.

Teachers held signs reading "I can't breathe," among the last words of Floyd and Eric Garner, black men who died at the hands of police in Minneapolis and New York City, respectively.

Outside #phled headquarters, teachers from Bethune Elementary came to demonstrate against asbestos and environmental racism. “We will not stand for asbestos in our black and brown schools. This is not ok. It’s not ok,” says Herman Douglas, a Bethune teacher. pic.twitter.com/yX9OLHXDtG

Protesters said those words take on a new meaning at the contaminated schools, which primarily serve black children. They also pointed to Lea DiRusso, who spent 28 years teaching in South Philly schools before learning she had mesothelioma, a cancer linked to asbestos.

"We will not stand for asbestos in our black and brown schools," said protest organizer Herman Douglas, a seventh grade teacher at Bethune Elementary.

Philadelphia City Councilwoman Kendra Brooks attended the protest, saying it is necessary for toxins to be removed to save students' lives, The Inquirer reported.

"Poverty should not be a death sentence," Brooks said.

Many Philadelphia teachers marched against racism and police brutality in a protest last week and were joined by Superintendent William R. Hite on the steps of the district's headquarters.