But the gap is closing... 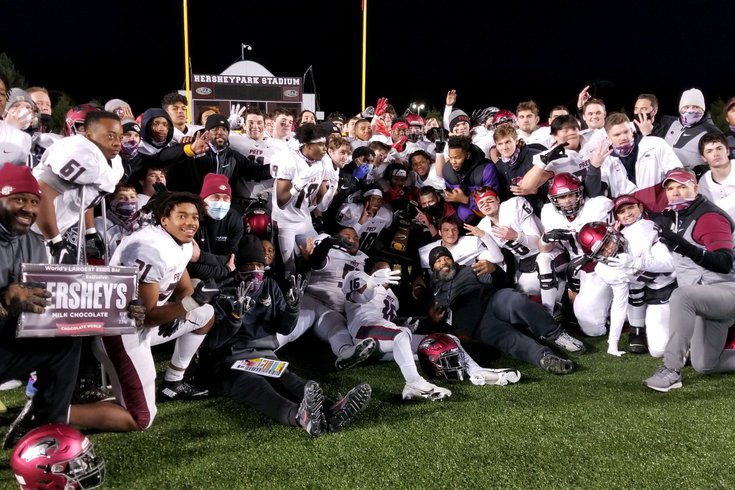 The gap is still there. It’s just not Grand Canyon-wide as it has been the last four years. As high school football begins in the area these last few weeks, the standard remains the same. St. Joseph’s Prep, nationally ranked again and the defending three-time PIAA 6A state champions, are the standard once more in the Delaware Valley area.

Gone are Jeremiah Trotter Jr. (Clemson) and Marvin Harrison Jr. and Kyle McCord (both at Ohio State) and coming to national TV real soon on Saturdays on their way to Sundays, though returning is a group of juniors and seniors that have championship-winning experience and FBS Power 5 talent.

“Our seniors are doing a good job of leading, and our coaching staff did a great job of adjusting to develop our young guys,” Hawks’ coach Tom Roken said. “I would say most of our veterans are back on defense, with the mix of some young guys. Most of our experience is back on the offensive line, with a pair of senior running backs in Josh Barlow and Blaine Bunch.”

The Hawks open their season against St. Mary's Ryken (MD) Saturday night at 6:30 p.m. in the first game of the Rumble on the Raritan Showcase at Smalls Athletic Field in York, Pa.

Teams that will be challenging Prep for the top spot are Imhotep Charter, which features a pair of national-level defensive ends, 6-foot-5, 230-pound Enai White, considered the nation’s No. 1 edge rusher who is considering Alabama, Georgia, Ohio State and Texas A&M, and Penn State-bound Keon Wylie. The Panthers opened the season with an impressive 12-6 over Pittsburgh Central Catholic—at Pittsburgh.

On the South Jersey side, Holy Spirit, St. Augustine Prep and Millville appear to be the teams to beat.

It will be interesting to see the Hawks this season for the first time. St. Mary’s Ryken is coming off a 14-10 loss to Mount St. Joseph (Baltimore) last weekend, which included a goal-line stand by the Knights. St. Mary’s Ryken has a formidable defensive front and held a 10-7 fourth quarter lead on a short fourth-down TD run. The Knights were beat on a 37-yard TD pass on a second-and-16 play with 2:30 remaining in the game. St. Joe’s Prep and the Rumble on the Raritan Showcase organizers did their homework. St. Mary’s Ryken is an actual high school that does exist.

Please check out the Pre-Snap Look podcast, which features the best in high school football from across the region, and EasternPAFootball.com, the only thing better is being at the game.