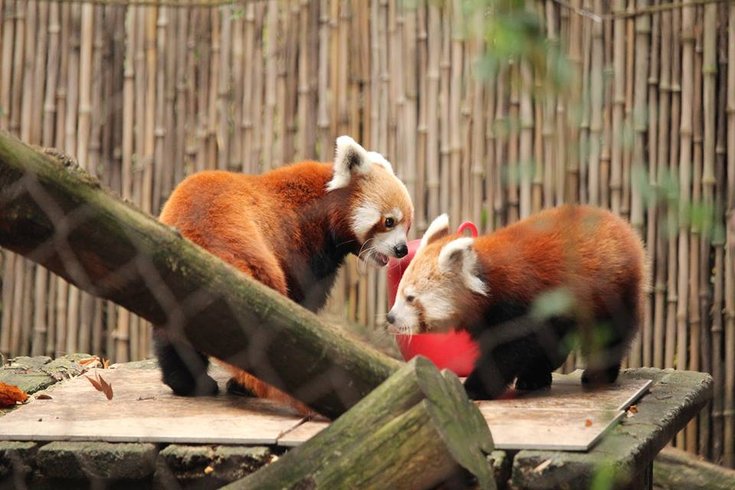 Over 40,000 votes were cast online to name these red panda cubs born at the Philadelphia Zoo in June.

There wasn't much suspense over the recent mayoral race in Philadelphia, but voters waited with baited breath over the results of a more recent election: what should we name the two panda cubs born at the Philadelphia Zoo this summer?

The Zoo announced the winning names on Friday, after tallying over 40,000 votes online. The brother and sister pair will now go by Betsy and Ben, and if you need that reference explained to you, go back to history class.

Betsy and Ben destroyed the competition, garnering 17,000 votes in a field of five name pairs. General Curator Kevin Murphy said he was "thrilled" to see so many people get excited about naming the cubs.

“There were some really great submissions and paring down the list wasn’t easy but we are happy with the end result. This was a great way to build excitement as well as welcome these two important cubs to the Philadelphia Zoo,” he said.

As ZooBorns reported, other choices for names included "Sawyer and Scarlett" and "Ceba and Pabu," which mean "dear to hold" and "puffball" in Tibetan (although it could also be a reference to a red-panda-like character from the animated TV show Legend of Korra). 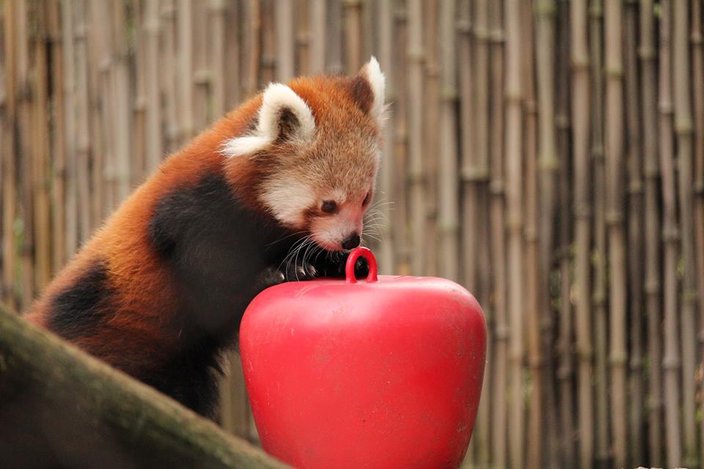 The zoo said the cubs are active, and both nurse from their mother, five-year-old Spark, and eat bamboo, grapes, apples and biscuits. Fans can symbolically adopt a panda, and get a free red panda toy in return, by going to PhiladelphiaZoo.org/adopt.

The pandas' birth isn't important just because they're so darn cute. The Philadelphia Zoo participates in the Species Survival Plan, a collaboration between zoos around the world to maintain healthy, genetically diverse populations of threatened or endangered species inside zoos.

As with their black-and-white cousins, breeding is tough: red pandas, native to the Himalayan mountains, are only fertile for one or two days in the entire year. The species isn't endangered, but it is vulnerable due to poaching, climate change and habitat loss.

Betsy and Ben will go to another institution for breeding when they grow up. Thanks to their new names, though, they'll never forget where they came from.