The birds are back: Philadelphia Zoo announces return of penguins and flamingos 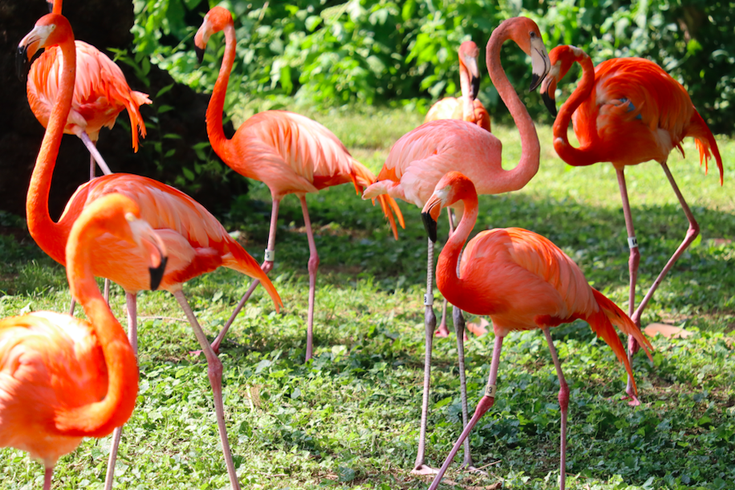 Visitors to the Philadelphia Zoo can once again view some of their favorite feathered friends after months-long absences.

Bird species – including Humboldt penguins, Caribbean flamingos, emus and southern ground hornbills – have returned to their outdoor exhibits following precautionary monitoring to protect them from the highly pathogenic avian influenza.

The birds have been housed indoors since April amidst the spread of HPAI. The hope in moving the species indoors was that it would cut off contact between wild birds and zoo animals, and therefore limit the spread of the disease.

During these months, the zoo's animal care and veterinary teams have been closely monitoring cases among wild birds along the Atlantic flyway, a major North American route for spring and fall migrations. In Pennsylvania, HPAI was detected in wild birds as well as commercial flocks.

"Everything that we do at the Philadelphia Zoo revolves around the well-being of the animals in our care," Dr. Donna Ialeggio, the zoo's Director of Animal Health, said in a release. "We make science-based decisions about the management of animal health and safety that must be able to evolve as situations change. We are very happy that based on our ongoing HPAI assessments, we are now able to return many of our birds to their preferred Zoo habitats."

People visiting the zoo who are eager to see their beloved bird species again, after all this time, can check out the Humboldt penguins in Penguin Point and the Caribbean flamingos in Bird Valley.

Birds of prey, such as bald eagles, vultures, barn owls and caracaras, will continue to be protected and housed indoors. This particular strain of HPAI appears to cause more severe disease in wild birds of prey than other species. Parts of the walk-through exhibits in McNeil Avian Center and Wings of Asia will also remain closed to guests.

The zoo is working on modifications to existing outdoor exhibits to allow for the safe return of the birds of prey, and will monitor the existence of HPAI in wild birds as the fall migration approaches.