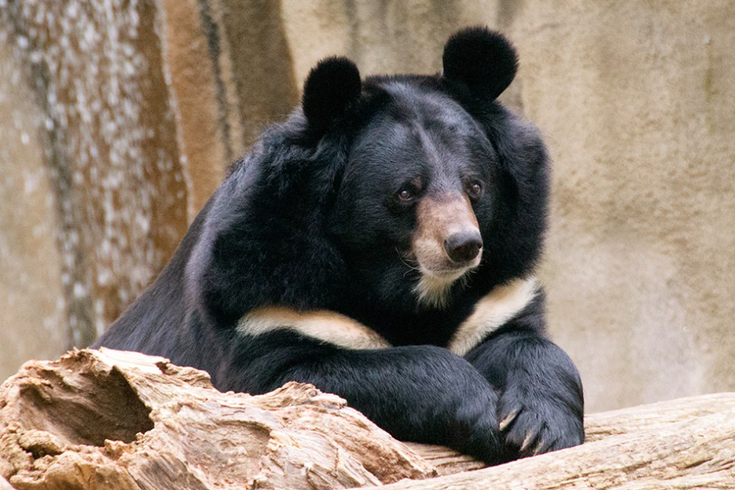 A 23-year-old Asiatic black bear who had been battling cancer for several months was euthanized at the Philadelphia Zoo on Wednesday, officials announced in a statement.

Ben, who was born in 1994 at the Natural Bridge Zoological Park in Virginia, arrived in Philadelphia in 2001 and became a popular animal among zoo staff and visitors.

Surgeons at the University of Pennsylvania's veterinary hospital removed the tumor to prevent the cancer from spreading, but it eventually reoccurred more invasively throughout Ben's foot.

"The Zoo veterinary staff consulted with veterinary oncologists and surgeons, and given the poor prognosis for successful treatment of this tumor and a good quality of life for Ben, the team concluded that euthanasia was the most humane option," the zoo's statement read.

Fans of Ben who commented on the zoo's Facebook post shared more than a dozen photos they had taken over the years. He'll be remembered, among other things, for licking cucumbers off his glass enclosure.