Five reasons why a shortened, altered MLB season could benefit the Phillies 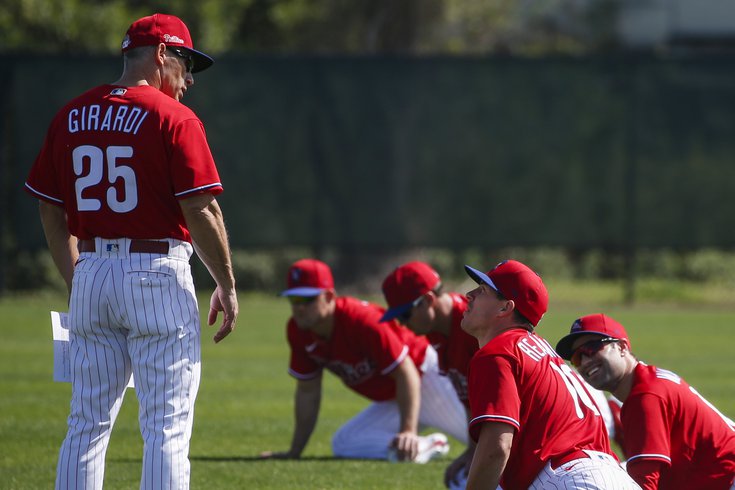 There is a chance (though it might be a little rocky) that Major League Baseball has a plan for a return in July, with spring training Part 2 starting in June.

There are some drawbacks in the plan to be sure, especially for the Phillies, as a schedule comprised of just teams in the NL and AL East could prove to be tougher than the strength their regular schedule would have been. But there are some definite potential benefits too.

The player's union will need to approve the plan we will discuss below — and seeing as how the owners are asking the players to accept what would essentially be a salary cap for the season (with revenue sharing and a payroll based on income), the season being approved this week is far from a sure thing.

Still, any plan to re-start, whether it's green-lighted Tuesday or several weeks from Tuesday will likely resemble the one proposed this past weekend.

How will the new plan help the Phillies? One reason (which will help every team equally) has already come and gone: the time off. Andrew McCutchen, who is coming off a torn ACL from last summer should be ready to go whenever Opening Day is.

Here are five other reasons why the altered season will benefit Philly...

First and foremost, the stands will have no fans and the expectations will be all but abandoned heading into the virus-shortened season. Before the pandemic emerged, the Phillies had a ton of pressure to turn their big investments into at least a playoff berth. Now, fans will be happy to have any baseball to watch whatsoever.

The expanded playoff format, which we will dive into in a bit, also releases the team of a lot of pressure, as being above .500 by the fall could be enough to get the Phils into the postseason, which under the new plan would admit 14 of 30 MLB teams. For a team under the microscope, the altered season could loosen things up a bit.

There's a reason the majors has 162 games. The cream always rises to the top. After 82 games last season, the Phillies were 43-39, and the year before they were 45-37. Both would have gotten them into the postseason. The Nationals, who came on strong to win the division (and later the World Series), were 41-41 back in 2019. According to ESPN's David Schoenfield, 82 games right on the cusp of being long enough to separate the men from the boys:

...when I looked into how teams play over their best stretches of 50, 75 and 100 games, I found that 100 games does a pretty job of replicating a 162-game season, with teams' best 100-game stretches, on average, .038 points of winning percentage better than their 162-game percentage (that's 3.8 wins over 100 games). For 75 games, the best stretches averaged 5.1 wins better. What does that mean? While a good team could have a rough 80-game stretch (think of last year's Nationals, who started 19-31), for the most part an 80-game schedule is enough to separate the good teams from the bad teams... [ESPN]

We'll save the slippery slope argument that a "temporary" universal designated hitter next season could spell the end of the NL's resistance to the change for another day. For now, we'll recognize how having the extra spot in the batting order could help the Phillies compete. First, the Phillies need somewhere to play left-handed power hitter Jay Bruce. He's an excellent hitter against righties, and could see more at bats as a platoon option in both the outfield and at DH.

With expanded rosters and no real minor league season to speak of, the Phils will have no choice but to roster their top prospect Alec Bohm. A DH spot gives the Phillies another everyday hitter and more at bats they can give Bohm, who would definitely benefit developmentally from not having to sit too much as he hopes to improve in 2020. Here's a little analysis from The Athletic's Matt Gelb:

This is where the Phillies could pursue a strategic advantage. They planned to enter the season with Alec Bohm as a catch-all reserve option at Triple A.

Injury at second base? Move Jean Segura back there and bring Bohm to play third. Ineffectiveness in center field? Scott Kingery shifts to the outfield, Segura slides over to second base and Bohm arrives at third. Problem at shortstop? Either Segura or Kingery could slot there while Bohm is promoted.

But in the absence of a typical minor-league system to continue Bohm’s development, he could spend the entire abbreviated season in the majors while filling a role as a righty-hitting DH. All along, before the pandemic, the Phillies had envisioned Bohm, 23, playing some sort of role for the big-league team. This might be a way to keep everyone on the field while adding a young offensive weapon.  [The Athletic]

As we discussed above, the 2019 Phillies were above .500 and were sixth in the NL. With seven slots, the Phils would have been a playoff team. The new configuration will have the three division winners plus four Wild Card teams. Here' a look at last year's standings after 82 games:

Missing from that list is last year's World Series champs, who at 41-41 after 82 games would have been left on the outside looking in, even with the expanded postseason.

Depending on what is used as a tiebreaker, the Phillies could have had anywhere from the No.4 to No. 6 seed in the NL last season, had the season been 82 games and included 14 playoff teams. Whether they'll be able to catch fire and make a playoff run is anyone's guess, but the barrier to entry is definitely much smaller. All they would need to do in 2020 is be as good as they were in 2019.

We mentioned Bohm, who almost assuredly would make the Phillies active roster in the new proposed league. According to reports, teams may have as many as 30 players active on game day and 20 more in a "taxi squad" or practice squad to allow for injury replacements and demotions without a minor league system. The league is also looking at having more double-headers in 2020, potentially playing them in seven innings instead of nine. Having extra starting pitchers on the roster, potentially in a six-man rotation could be a useful strategy.

Philadelphia's top pitching prospect Spencer Howard was looking to be a Triple-A ace before the pandemic, and he will now wind up either in their rotation or as a spot-starter. If there are weeks with eight games, which is possible with the condensed schedule, Howard will definitely get his first MLB starts with the opportunity to earn his way into the top five.