Girardi on Phillies' low vaccination rate: 'I think it’s a personal choice. And you have to deal with it.'

After Alec Bohm tested positive for COVID-19, Philadelphia had to sideline Aaron Nola and two others due to contact tracing 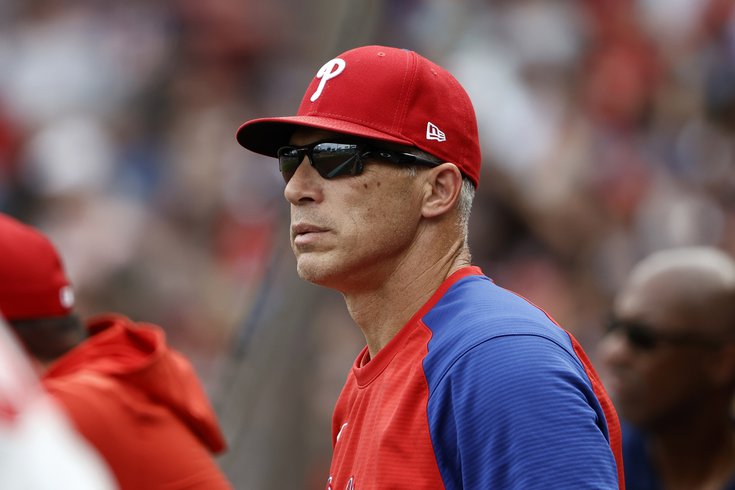 Philadelphia Phillies manager Joe Girardi addressed his players' low vaccination rate against COVID-19 after a positive test from Alec Bohm forced the team to sideline three others, including Aaron Nola, due to contact tracing. Despite the changes, the Phillies still defeated the Boston Red Sox 5-4.

The Philadelphia Phillies are among the few Major League Baseball teams that have not reached 85% vaccination against the coronavirus among players, coaches and clubhouse staff. On Sunday, it put the team at a disadvantage.

After Alec Bohm tested positive for the virus, right-hander Brandon Kintzler was forced to make his first start of the season because the scheduled starter, Aaron Nola, joined two others on the COVID-19 list due to contact tracing. Had the Phillies been over that 85% threshold, they wouldn't have faced as stringent restrictions in the wake of Bohm's positive test.

Using six men out of the bullpen, including one who reportedly arrived at Fenway Park from Triple-A Lehigh Valley just hours before first pitch, the Phillies pulled off a 5-4 win over the Red Sox to head into the All-Star break at 44-44.

“It’s not like we’re surprised that something could happen,” manager Joe Girardi said after Sunday’s win. “We always try to stay prepared. The guys try to do the best they can to protect themselves. There are some strands that are extremely contagious, but we had a plan today. It wasn’t like it was sprung on us at 9 o’clock this morning. We pretty much knew yesterday after the game that this was the likely scenario, so you’ve got to deal with it.”

Although Sunday’s game went in Philadelphia’s favor, the chain of events set off by Bohm’s positive tests could repeat itself in the second half of the season. The Phillies are unlikely to reach the 85% vaccination threshold, which allows teams to enjoy relaxed safety protocols, according to Matt Gelb of The Athletic. Instead, they hope to reach herd immunity “because recent events will likely not change anyone’s mind about the vaccine,” he reported.

“The clubhouse’s contentious relationship with the vaccine is driven by a handful of influential players who have voiced opposition to it,” Gelb wrote in a piece after Sunday’s win in Boston. “Some of them have already contracted COVID-19 and consider the antibodies as enough protection, although the CDC recommends people who’ve had the virus still be vaccinated. Other Phillies players have questioned whether injuries they’ve suffered were a result of vaccine side effects.”

Players who are not fully vaccinated against COVID-19 may be sidelined at crucial junctures due to contract tracing. Fully vaccinated players, meanwhile, are not tested for the virus and are not subjugated to contact tracing.

So how does Girardi feel knowing his players’ decisions about getting vaccinated may impact the team on the field?

“I don’t think you can demand that players do it,” Girardi said before Sunday’s game, according to Gelb. “I think it’s a personal choice. And you have to deal with it. That’s all. I mean, you’re going to have little things like this pop up probably more often than teams that are vaccinated. You just pray that they’re either false positive, or the guys that are nearby don’t get it. I mean, that’s your prayer. But, in the meantime, sometimes you have to lose players that don’t necessarily have it. And that’s the frustrating part.”

Fortunately for the Phillies, Nola and relievers Connor Brogdon and Bailey Falter may not have to miss more than one game because their trip to the COVID-19 list coincided with the All-Star break, according to Todd Zolecki of MLB.com.

Bohm will be sidelined for at least 10 days and will have to test negative more than once before he can take the field again. The third baseman was not experiencing symptoms Saturday night, and the Phillies arranged for a car to drive him back to Philadelphia, Gelb reported.

The Phillies are 3.5 games behind the New York Mets for first place in the National League East. To begin the second half of the season, they will host the Miami Marlins for four games before making a short road trip to Yankee Stadium for a two-game set.