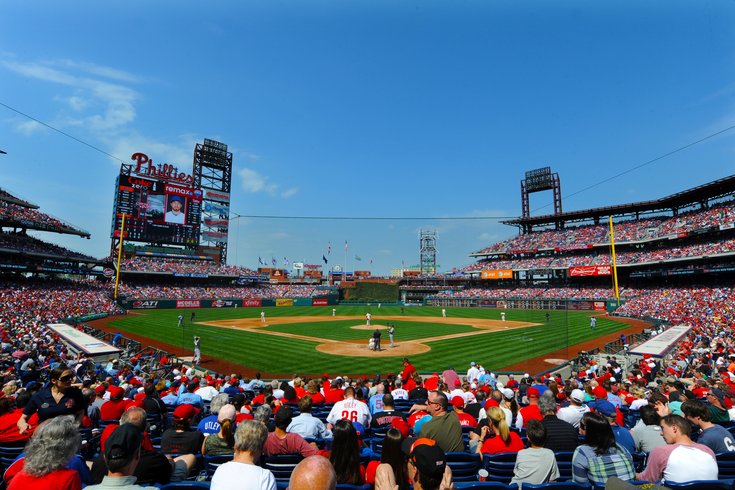 The Phillies will reportedly extend the safety netting at Citizens Bank Park before the start of the 2020 season in a move designed to improve fan safety.

Just how far the netting will extend is unclear, though an investigation from NBC News published Tuesday reports the team is looking into extending netting from foul pole to foul pole.

The NBC News story opened with an anecdote about a Mets fan, watching a game at Citizens Bank Park in 2014, who took a Jimmy Rollins foul ball to his head:

"In the bottom of the sixth inning, as he turned to pay a vendor for a beer, a foul ball off the bat of Phillies star Jimmy Rollins slammed into the right side of (Mets fan Dwayne) Sowa's forehead.

"'My wife heard it,' he recalled. 'It was the worst noise she's ever heard — the crack of my skull.'

"Sowa never lost consciousness, but he needed surgery to fix a crushed bone above his right eye. He is still suffering lingering side effects."

Sowa said he reached out to the Phillies for help after the incident, but only received a baseball from Rollins and two tickets to a future game. He pursued legal action against the team, but eventually dropped the case.

According to the NBC investigation, there were at least 808 reports of injuries from baseballs between 2012 and 2019. Last year, a 79-year-old woman died from a foul ball to the head at a Los Angeles Dodgers game.

Thirteen teams have announced at least a partial extension of their ballparks' respective netting, according to NBC, with the Chicago White Sox and the Atlanta Braves already extending the netting to the foul poles during this past regular season.