He's going to love hitting to right at CBP 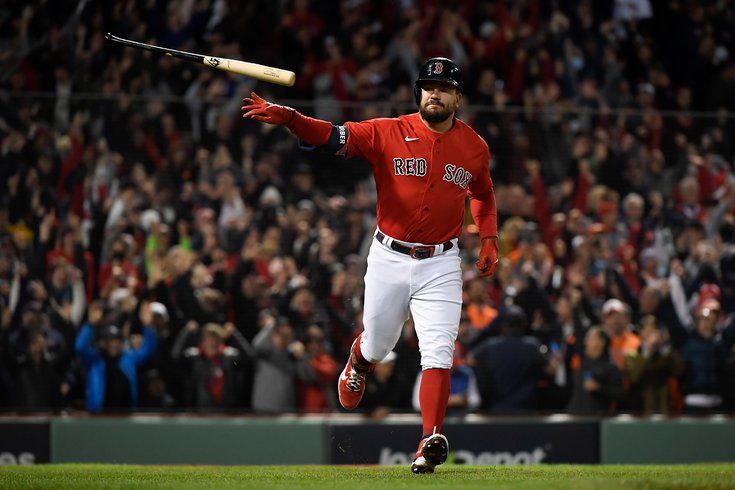 Kyle Schwarber is a Phillie.

The Phillies made a major splash Wednesday morning, reaching a deal with slugger Kyle Schwarber on a reported four-year deal that pays just shy of $20 million per year.

It's the kind of deal fans, and Bryce Harper, have been waiting for the Phillies to make, bringing extra pop to the lineup alongside Harper, Rhys Hoskins, and J.T. Realmuto.

Schwarber, a left-handed bat, hit for 32 home runs and a .928 OPS between Washington and Boston in a 2021 campaign that reignited his career.

And having played at Fenway, Nationals Park, and the rest of his career at the friendly confines of Wrigley Field before that, the immediate consensus among Phillies fans: Schwarber is going to love the right field wall at Citizens Bank Park.

Imagine THIS but the CBP outfield seats in October

It's more than just left-handed power though. The Athletic's Jayson Stark on the other part of why Schwarber is a Phillie:

After last season ended with a 10th straight finish out of the playoffs, Dave Dombrowski said the #Phillies needed to shop this winter for players who had been part of a winner.

Kyle Schwarber fits that mold. They're paying for his presence on and off the field. https://t.co/wmkfHEcmn2

As for where this puts things right now with the luxury tax and the Phillies' ability to make further moves, The Athletic's Matt Gelb:

This would leave Phillies roughly $10 million shy of $230 mm luxury tax limit. Still some room to add another complementary bat. Brad Miller, their top reserve from 2021, is signing with Texas. https://t.co/rBUgdChowf

Schwarber has been the club's top target in left field. He'd likely slot atop the lineup because they do not have a leadoff hitter right now. https://t.co/zdIs8zOU3m

Another plus of the Schwarber signing:

All in on the Schwarber signing. Look at that head. Immediately joins Placido Polanco atop the all-time Phillies noggin rankings - knocking Dave Hollins down a notch. Just a remarkable dome piece. pic.twitter.com/CJ2633gIN0

Finally, here's a look at what Kyle Schwarber will look like in a Phillies uniform...wait a minute...