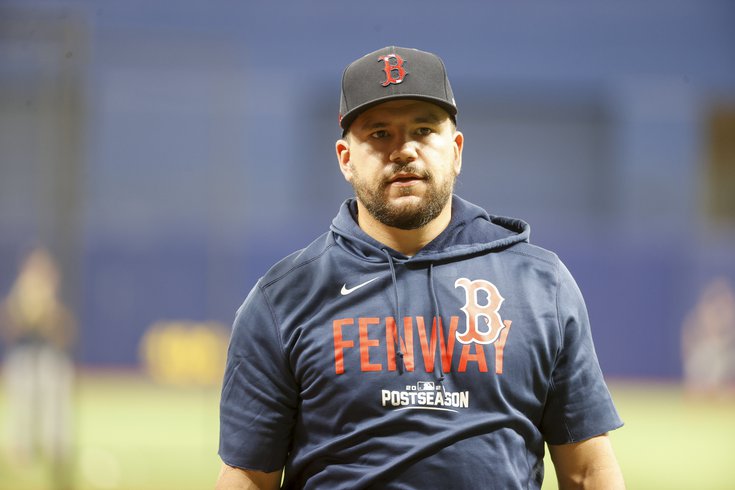 Kyle Schwarber's bat would certainly be welcome in a 2022 Phillies lineup.

Now this a way to get Phillies fans excited!

Phillies have an agreement with Kyle Schwarber, pending all the usual stuff

This is a huge boost to the Phillies lineup. Schwarber, who turned 30 earlier this month, made his first All-Star team in 2021 while splitting team between the Nationals and Red Sox. Schwarber hit 32 home runs with an OPS of .928 this past year. It was the third time in his career that he topped 30 home runs in a season.

A lineup that has Schwarber, Bryce Harper, J.T. Realmuto and Rhys Hoskins has some serious potential. If the Phillies can improve the back end of the rotation, they will assuredly be in the mix for a playoff spot in 2022.

Details on Schwarber's contract have emerged from The Athletic's Jayson Stark:

#Phillies deal with Kyle Schwarber, pending physical, is a 4-year agreement with an AAV just under $20 million per year, sources tell The Athletic.@JSalisburyNBCS was on this

The deal leaves the Phillies roughly $10 million below the luxury tax threshold of $230 million. This likely precludes the Phillies from any huge signings if John Middleton and ownership want to stay under the tax, but, hey, maybe that "stupid money" will have Middleton going big and paying the luxury tax if they go over. I'll believe it when I see it though.