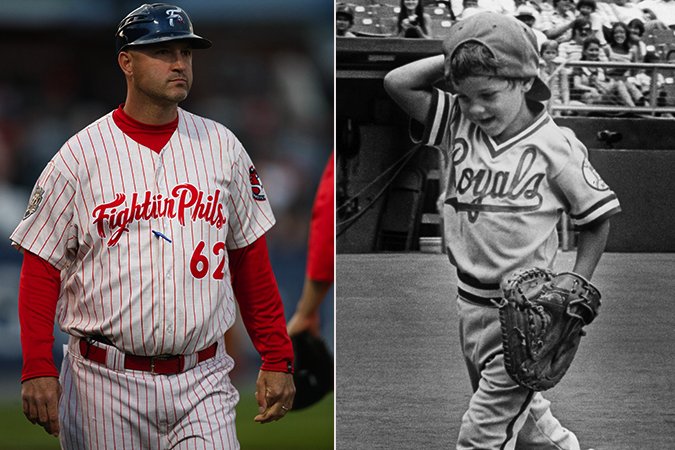 The Phillies officially announced a coaching change on Wednesday, but at the minor league level and not on Pete Mackanin’s staff.

Dusty Wathan will graduate from Double-A Reading and helm the managerial job at Triple-A Lehigh Valley in 2017, general manager Matt Klentak said. Wathan replaces Dave Brundage, who was fired this week after four years on the job (including leading his team to a franchise-record 85 wins this season).

“We just felt it was time to make a change,” Klentak said.

He became the all-time winningest manager in Reading’s long history this season, finishing with 373 wins in five seasons at Double-A. Wathan was a two-time Eastern League Manager of the Year.

“I don’t take it lightly,” Wathan said of his promotion. “It’s an important step, the place to finish these guys and get them ready for Philadelphia. It might be the most important step. The first day they walk on the field as a professional is a real important step, those first couple months, to establish a routine for them and to let them figure out what’s going on.

Wathan led Reading to a 89-52 record this season. Led by the power duo of Dylan Cozens and Rhys Hoskins, Reading scored 5.6 runs per game, more than a run-per-game higher than the next closest team in the Eastern League.

Reading lost to Trenton in the first round of the playoffs last weekend. Two of Wathan’s players, catcher Jorge Alfaro and outfielder Roman Quinn, joined the Phillies last weekend and Wathan followed suit on Monday, joining Pete Mackanin’s big league staff for the final three weeks of the 2016 season.

“It’s all about the players, ultimately,” Wathan said. “I don’t like to take a lot of credit for a lot of things because if you have good players, you end up being a good manager. It’s satisfying to be able to be recognized by the organization and that they have enough confidence in me to go to the next level and help mold some of these guys and get them ready for here.”

Wathan’s first season in Allentown will come along with the comfort of managing many of the players he’s had at Reading, including top prospects J.P. Crawford and Nick Williams, right-hander Ben Lively, and, very likely, Cozens and Hoskins, too.

“I think it will be a unique situation next year just because we’ll have so many guys that came through the system, so many guys that have already played for me,” said Wathan, a baseball lifer with big league dreams. “It won’t be like a lot of “typical Triple-A teams” where we’re going to have a lot of free agent guys that aren’t happy with the situation. We’re going to have a bunch of guys that have come through the system and are excited to try and get here. In that sense it will be unique to most Triple-A teams.”