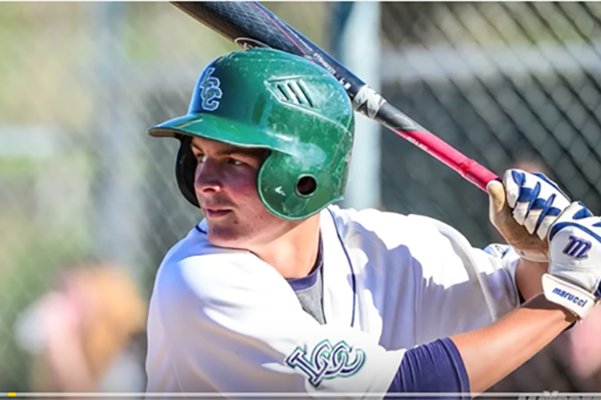 For the second straight year, the Phillies have added a player to their growing farm system who they believe was the best prep hitter in the country this spring.

The Phillies got the 2016 Major League Baseball Draft underway on Thursday night by selecting high school outfielder Mickey Moniak with the first-overall pick.

“Collectively, we believe Mickey was the best player available in the draft,” Phillies scouting director Johnny Almaraz said.  “He’s a true center fielder with incredible offensive ability and the potential to be a perennial All-Star.”

It's the third time in the last four years the Phils have tapped a high school hitter with their first-round pick, following J.P. Crawford (2013) and Cornelius Randolph (2015).

"It's always a kids dream to be drafted, but to be the No. 1 pick … it’s awesome," Moniak said in an interview on MLB Network shortly after the selection. "I am just so grateful for this opportunity to be picked by the Phillies. I’m excited to hopefully prove the Phillies right and live up to this."

Moniak, who just turned 18 last month, hit .476 with a .540 OBP in 29 games at La Costa Canyon High School in Carlsbad, Calif., this season. In addition to his Southern California rearing, Moniak shares two other similarities with former Phillies second baseman Chase Utley: at 6-2, 190, he’s not built like the prototypical power bats that are generally more popular as the 1-1 selection, and he’s committed to play at UCLA.

It’s unlikely that Moniak will ever don the Bruins gold and blue, however. The Phillies have the second highest draft pool among major league teams in this year’s draft (just under $13.5 million) and even if they don’t meet the slot value for 1-1 ($9.015 million) it’s difficult to believe they won’t make Moniak happy with a handsome signing bonus that will get his professional career started this summer.

In a draft where no consensus top pick ever emerged – but left-handed pitchers A.J. Puk of the University of Florida and Barnegat (N.J.) High School’s Jason Groome dominated the conversation for months – Moniak saw his draft stock rise only within the last two weeks. But the steam that stock gained took him all the way to the top of nearly every recent mock draft (including those of Baseball America, ESPN.com, and MLBPipeline.com.).

Here’s what those publications have said about Moniak in their own scouting reports:

Baseball America: “He’s a hitter with feel for the barrel that evokes comparisons to Christian Yelich, a fellow SoCal prep outfield product, and solid power to the gaps. Moniak runs above-average underway but explodes around the basepaths and earns plus defensive grades in center field, capable of highlight reel catches as he turned in during the 2016 Area Code Games.”

ESPN: “Moniak has the most immaculate feel to hit among the draft-eligible high-schoolers. Lightning-quick wrists, tremendous hand-eye coordination, simplicity (but not ineffectuality) in both the footwork and load, feel for the bat head and a contact-friendly swing plane. Every attribute that gives way to contact is here, and some scouts think he's a future grade-70 hitter (on the 20-80 scouting scale).”

MLBPipeline.com: “While Blake Rutherford was thought as the top SoCal high school outfielder, there are now scouts who feel Moniak has caught up, if not passed, him. That's largely because of Moniak's hit tool and his ability to stay in center field long-term. Moniak makes consistent hard contact against high levels of competition. He has a good approach at the plate and can spray line drives to all fields. Moniak has more doubles power now, but there's room in his frame to add strength.”

Moniak is the Phillies first No.1-overall pick since they selected University of Miami third baseman Pat Burrell at 1-1 in 1998. Burrell never made an All-Star team, but had a .257/.367/485 slash line in nine seasons in Philadelphia, finished with the fourth most home runs in franchise history, and was outfitted with a World Series ring as a member of the 2008 team.

If Moniak is able to come close to replicating that – and leads a parade float down Broad Street one day – it’s safe to say the top pick in the 2016 draft will have been considered a success.

The Phillies will make another pick tonight with the first pick in the second round (42nd overall) at some point after 10 p.m. tonight. The 40-round draft picks up again with Rounds 3-through-10 on Friday afternoon and then concludes on Saturday.