Philly Beer Week's Opening Tap is on a Friday this year 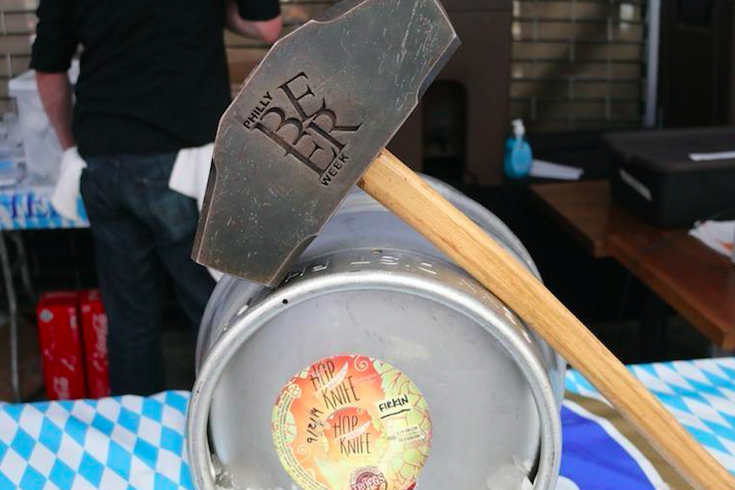 Philly Beer Week's Hammer of Glory rests on a keg of beer.

Last year, the party was held on Thirsty Thursday, potentially making work the next day painful.

If you're not familiar with Opening Tap, it's the kick-off for the 10-day festival known as Philly Beer Week.

The signature event includes endless samples of the country's best craft beer and ciders, as well as a first taste of the 2018 Philly Beer Week collaborative brew.

Opening Tap will take place at The Fillmore, a concert venue in Fishtown, on Friday, June 1. Tickets are currently available.

General admission is $46. Included is a souvenir glass and complimentary beers from 50-plus local and national breweries in 4-ounce tastings.

If you choose to go VIP for $66, you'll be able to enter the venue an hour early and will have access to rare pours.

In addition to tons of beer, the event will also include a live performance from Philly rapper Chill Moody.

Also, make sure to watch as a keg is tapped on stage with the Hammer of Glory (HOG), a hand-forged hammer that travels throughout the region and across the United States as an ambassador for Philadelphia beer throughout the year.