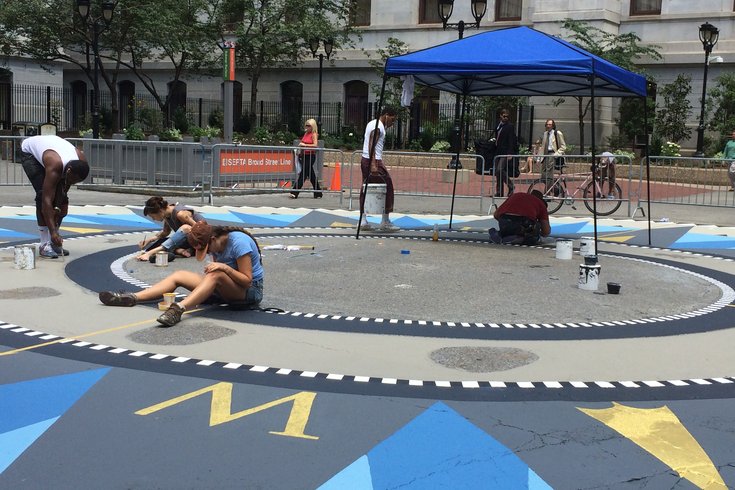 The centerpiece of William Penn’s Philadelphia – the compass in the center of City Hall’s courtyard – is getting a makeover on the cheap.

The compass was installed in 1994 at the expense of Edmund Bacon, a noted Philadelphia city planner and the father of actor Kevin Bacon.

The public art was meant to mark the 350th birthday of Penn, Pennsylvania’s founder. City Hall’s location is meant to be the center of Philadelphia.

Workers with the city’s Mural Arts Program are doing the restoration work at a cost of $1,000.

Gold leaf is being applied to the compass points and then sealed.