Philly-area COVID-19 hospitalizations down about 20% from April peak

Even amid progress, city officials aren't ready to discuss first stage of reopening 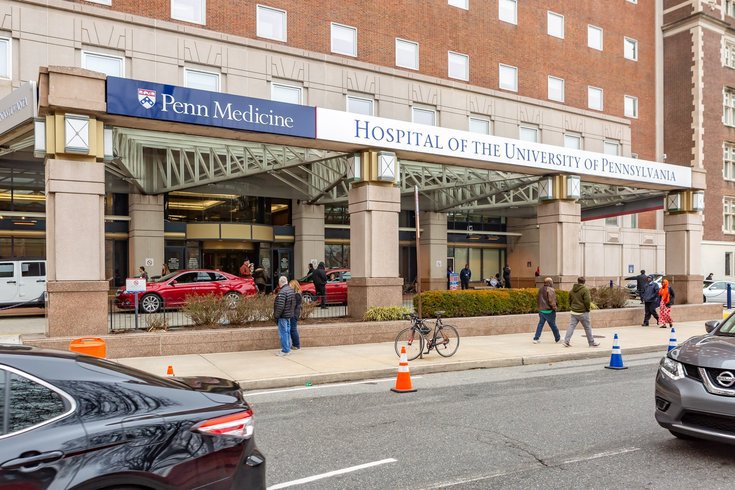 s Philadelphia reduces the spread of COVID-19 under the stay-at-home order, hospitalizations have declined by about 20% over the past two weeks.

Philadelphia continues to see progress in reducing the spread of COVID-19, including a fall in the number of patients hospitalized across the region, Health Commissioner Dr. Thomas Farley said Monday.

Last week, Farley said hospitalizations had fallen about 10% in Southeastern Pennsylvania since the region's peak between April 24-28. That number has since dropped further to about 20% lower than the peak.

There currently are 822 COVID-19 patients receiving treatment in Philadelphia hospitals, while 1,495 people are being treated in hospitals across the region. At the peak, about 30% of general hospital beds and 27% of ICU beds remained available.

"We did not really come close to filling up the entire region," Farley said. "However, it was clear that some hospitals were at their peak. They have what they call surge space — that's beds which are not used under ordinary circumstances, which they open up when they're full. There were a number of hospitals who opened up surge space."

Several other hospitals had to transfer patients to others because they were full, Farley added.

"The system came under strain, no question about it," Farley said. "We didn't come close to filling the entire capacity, but we don't want to get that close again."

Philadelphia reported 102 additional confirmed cases of COVID-19 on Monday, bringing the city's total to 18,313. There were no new fatalities added to the city's death toll that currently stands at 893, including 474 nursing home residents.

Despite the city's improved status, Farley said Philadelphia is still not ready to open. Preliminary conversations have taken place with state officials about what the region's reopening might look like, but Farley did not disclose details of those talks or any concrete timeline.

"We are engaged in discussions," Farley said. "Philadelphia is clearly different from a rural county with a small population and fewer cases. We want to have a plan that makes sense where we can open this hard-hit city in a way that is not less safe. I can't put a date on that now. We're still seeing hundreds of cases per day. The epidemic is still here. There's plenty in the city. We're not safe yet and I can't predict when we will be."

Philadelphia's open-ended stance comes as several Pennsylvania counties, including nearby Lancaster County, signaled to Gov. Tom Wolf that they will defy the state's restrictions if they are not placed in the yellow phase of the reopening plan.

"I don't expect them to do that, considering the conversations we've had with them," Kenney said. "There's pretty stern language and reactions coming from the governor. I don't know whether these county officials want to enter into that fray. That's certainly their decision. I would hope they will follow the governor and the health secretary's advice."

Kenney reminded residents that cash assistance grants and rental assistance are now available by application to those most heavily impacted during the COVID-19 crisis. The mayor has sent a letter to members of Philadelphia's Congressional delegation urging more assistance in these areas in future aid packages, along with better access to personal protective equipment, supplies and flexible funding to address the city's needs.

“Cities and states cannot effectively address and recover from this pandemic without a robust federal partnership and response,” Kenney said in the letter. “While I am grateful and appreciative of all that has been done so far, much more is needed to ensure that Philadelphians can safely survive the crisis and thrive beyond it.”