Five new neighborhood sites will open across the city next week 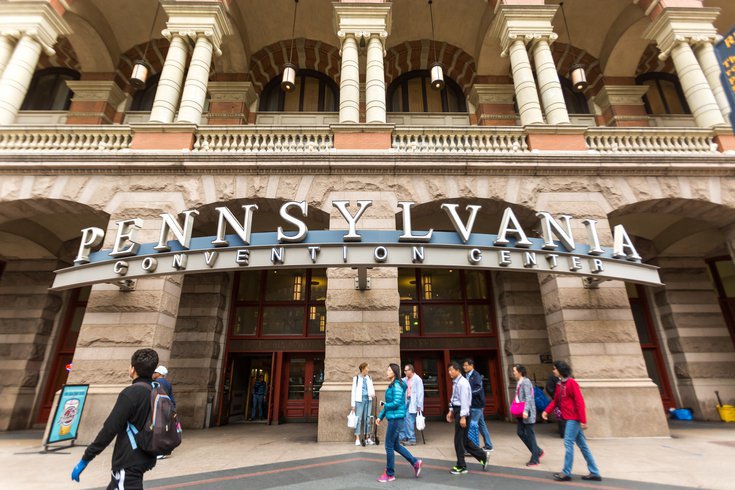 FEMA's mass vaccination clinic at the Pennsylvania Convention Center in Philadelphia will administer approximately 6,000 COVID-19 vaccinations each day for at least eight weeks.

The city administered more than 90,000 first and second doses last week across all providers. That's up from about 51,300 from the previous week.

The FEMA clinic already has administered more than 32,000 doses since it opened, averaging about 6,000 per day in the five days since it started operating at full capacity.

"That operation is running extremely well," Farley said. "It's hitting its targets for the number of vaccinations it's delivered."

Invitations to the FEMA clinic have been prioritized based on current eligibility guidelines, with preference given to people who live in ZIP codes with fewer total vaccinations.

But there have been some issues with the invitations. Some people who are not yet eligible to receive a vaccine have been able to sign up for shots after receiving invitation links forwarded by other people. The health department is working with a software partner to address the problem.

The new partnership will prevent these links from remaining active for anyone other than the intended recipient, Farley said. But since this technical fix slows the invitation process down, the health department and other community partners are making phone calls to eligible residents to supplement the safeguarded emails.

Despite the FEMA site, city officials have not been as successful as they hoped in getting people from priority ZIP codes signed up for appointments. To address this, the health department is holding another five neighborhood vaccine clinics around the city over the next two weeks.

During the week of March 15, clinics will be held at these three locations:

During the week of March 22, clinics will be held at these two locations:

The FEMA site is only scheduled to continue for eight weeks. During its final three weeks, the clinic will be dedicated to second doses. Farley said the health department would welcome the clinic remaining in Philadelphia for a longer stretch, but it remains unclear whether FEMA will commit to additional time here.

As of Monday, Philadelphia has administered 285,000 first doses and 121,000 second doses. There are now 134 provider sites across the city, including every hospitals, 40 clinics and 58 pharmacies.

The city will receive 41,000 additional doses of the Pfizer and Moderna vaccines this week. That total does not include the vaccines being administered at the FEMA site.

Just over 300,000 people have signed up on Philadelphia's vaccine interest form data base. Almost 70,000 people — or 23% of those on the list — have been vaccinated, Farley said.

One year later, a look back

With the current week marking a year since the city's first case of COVID-19, Farley marveled at the progress that has taken place in that timeframe.

"The vaccine now, I believe, should make a huge difference," Farley said. "It really is a miracle of science that we have vaccines ready this early. For other diseases, it took years to develop vaccines."

Over the next few months, Farley said he hopes that the increasing number of vaccinated people will start to slow down the spread of new infections.

Case counts in Philadelphia and across the region have continued to rise in recent weeks, albeit modestly.

The city reported 330 new confirmed cases of COVID-19 on Tuesday, bringing the citywide total to 115,997 since the start of the pandemic.

Philadelphia also reported 12 additional fatalities Tuesday, increasing the death toll to 3,169 since the start of the pandemic.

Farley reflected that it's been a difficult year across the city, the country and the world. In Philadelphia, more than 14,000 people have been hospitalized due to COVID-19 since last March.

When the pandemic began, Farley ran a rough estimate of how many deaths would occur if the city did not take any mitigation efforts. He projected that number to be about 6,000. He believes the actions of the city and its residents have saved about 3,000 lives.

But the health commissioner praised Philadelphians for finding a way to cope with the hardships.

"Everybody has adjusted and adapted to the changing understanding of the risks and changing recommendations," Farley said. "People have stayed home. People have curtailed their activities. People have worn masks. Much of that has really worked."