One DJ retires as another circles back to the Philly market.

The Philadelphia Daily News reports that DJ Casey Reed, formerly of Wired 96.5, has taken over the 4-8 p.m. time slot at Q102 -- aka, the Drive Home shift. The slot was previously headlined by the Rat and Puff Show. The report also indicates that Reed will be taking on the role of music director under Program Director Jared Fallen. According to her Q102 bio, Reed is a South Philly native who attended Temple University.

As for Rat and Puff, what's become of their show is currently a mystery. Their Facebook has been quiet since Jan. 3, but a tweet (below) from Dec. 31 seems to suggest the show will be continuing. (They've yet to respond to my inquiries, but stay tuned.) 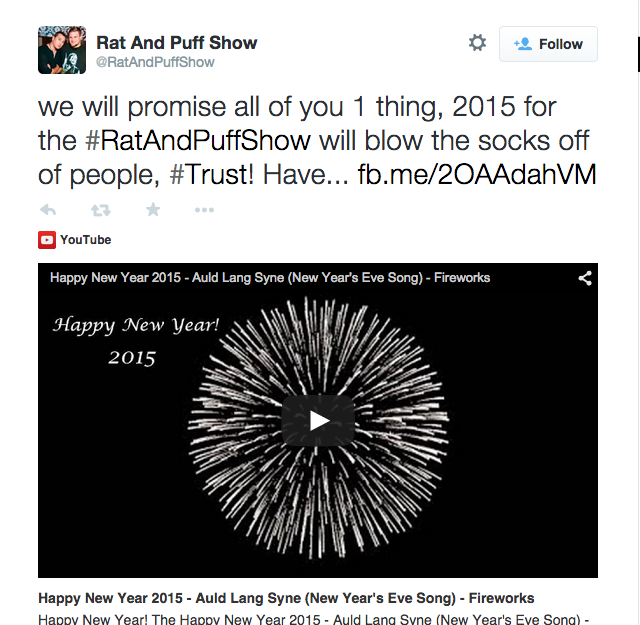 In other DJ news, the "Grandfather of Philadelphia Folk Music" and host of WXPN's long-running "The Folk Show" has decided to call it quits on his five-decade-spanning career in Philadelphia. His last show, according to the Daily News, will broadcast Feb. 1.

Shay explained the decision to the Daily News:

"Shay, who will turn 80 next month, told me that health issues and a desire to spend more time with his family spurred the decision to leave. 'I have done everything I set out to do with folk music and I have won about every award there is to get,' Shay said.

He added, 'I was growing tired working on Sunday nights for years and working on the [Philadelphia] Folk Festival for 53 continuous years. The folk music crowd has changed considerably. It's not there where it used to be. The old guys I used to know are dead or they moved out of town or they're into rock 'n' roll. I want more time with my family.'"

PhillyVoice.com reached out to both WXPN and iHeartMedia (which owns Q102) for comment on the shake-ups and whether DJ Shay will be replaced, but did not receive a response as of press time.