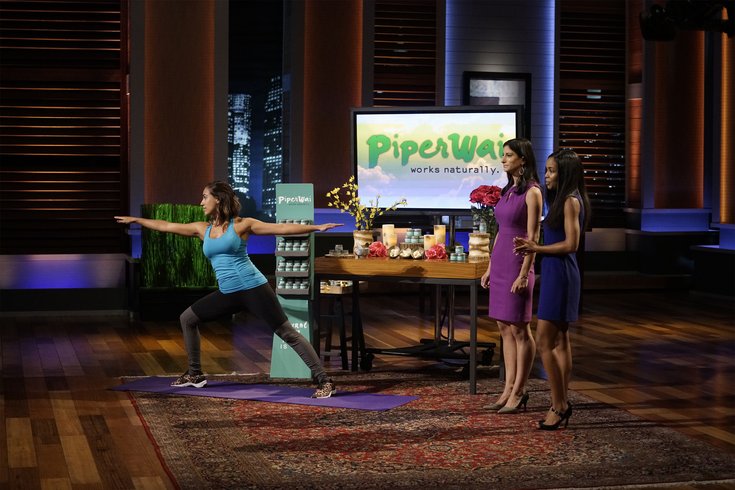 Any entrepreneur would feel nervous making their pitch in front of a group of investors – especially if millions of people were going to watch that pitch on TV. But Jess Edelstein and Sarah Ribner never broke a sweat.

The Philly-area duo, best friends and business partners since their fourth-grade lemonade stand, spent six months preparing to make their pitch on ABC's "Shark Tank." The goal: convince a high-power panel of “sharks” to invest in their product, an all-natural deodorant called PiperWai.

The experience is often so nerve-racking that the network has a psychologist on set to help soothe frazzled contestants. Edelstein and Ribner, though, were prepared – they read the Sharks’ books, took notes on their YouTube videos, binge-watched the show and practiced answers to every question they could possibly think of.

“We knew what we wanted at this meeting. At the end, there wasn’t the dramatic, scary music when we were there,” said Edelstein.

It’s the same kind of unstoppable effort they put into launching their product in the first place. Edelstein was searching for a deodorant that was natural, didn’t irritate her skin or stain her clothes and, most importantly, worked. She couldn’t find that product, so she spent months researching ingredients and testing recipes in her kitchen.

“It took quite a bit of research and trial and error," Edelstein said, "and we put a lot of work into R&D for the official formula."

The key ingredient is activated charcoal, which can absorb hundreds of times its own weight in moisture. Cocoa butter, shea butter and vitamin E keep it soft on the skin while 11 essential oils give it a clean scent.

Ribner put her friend’s concoction to the test during a service trip to South America, and it worked. She told Edelstein to start a company – and Edelstein said she would only do that if Ribner was her partner.

“It’s the company we’ve been dreaming about launching since we were kids,” Edelstein said.

For the first 16 months of business, the partners made every batch by hand in the community kitchen of Greensgrow Farms in Fishtown. They’d put on some music and spend hours piping out the crème into jars like pastry chefs. When demand rose beyond their capacity, they moved to a professional cosmetics facility in Conshohocken.

The entire time, Edelstein, 27, has been working as a Realtor, while Ribner, 26, is a full-time MBA student at Columbia Business School. It took some time for the pair to find their niche as businesswomen.

“I was pretty much a millennial cliché for a while, career hopping, figuring out what I wanted to do,” Edelstein said.

She even tried making it as a producer on Broadway, interning for the musical Wicked. But, she realized, “I needed to get back to reality.”

“We’ve always had an entrepreneurial spirit – we just didn’t have the right opportunity,” Ribner said.

The women followed beauty blogs and noticed that while the natural beauty product market was booming, nobody could find an effective deodorant. It was the perfect time to launch their product, which they named after Edelstein’s dog, Piper, and a South American tribe known as the Wai Wai.

Since then, they’ve been “learning how to run a business as we go,” Edelstein said. The biggest lesson she’s learned: resiliency and patience.

“The biggest thing I’ve learned is to be as resilient as possible,” Ribner said. That means overcoming setbacks and learning “how to believe in our product and our mission.”

The women still haven’t paid themselves a salary from their product, but in the end, Edelstein said, “We know it will all be worth it.”

She knows the company will succeed – they’ve put in the sweat equity.

“Quite literally,” she added.