Philly filmmaker woos Hollywood bigs, but she needs your help 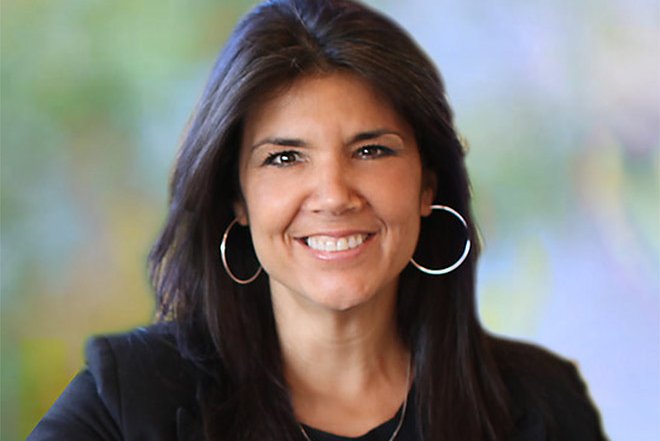 Filmmaker Michelle Pollino, a Philadelphia native, will film her next movie, "D.I.Y. An American Love Comedy," in her hometown. But she can use your help to attract financial backing from two Hollywood bigwigs.

When Michelle Pollino left Philly for L.A., it was bittersweet.

As a filmmaker, she cut her teeth in Philadelphia and created a collective of like-minded writers and actors who helped propel her work toward wider recognition on the West Coast. She also directed several critically acclaimed films, and worked with talent like Judd Nelson, Megan Mullally and Natasha Lyonne.

So when she left the City of Brotherly Love to take a job as an entertainment reporter for Fox News radio (you can catch her on the red carpet interviewing celebrities each year at the Oscars), you can bet the Philly native had her sights set on making her next film, "D.I.Y. An American Love Comedy," back where it all started.

“You know the old saying,” says Pollino, a WYBE veteran. “You can take the girl out of Philly….”

Her latest film, which will star Gates McFadden from "Star Trek: Next Generation" and James Eckhouse from "Beverly Hills 90210," could find support from the award-winning Duplass Brothers.

The duo of Jay and Mark Duplass are most famous for their thoughtful HBO series "Togetherness" and the film "The Skeleton Twins," not to mention Jay's role in Amazon’s award-winning series "Transparent." The brothers could play a major role in the Philly project if "D.I.Y." can generate enough social media buzz in the next two days.

Pollino’s asking supporters to go online by Friday, Oct. 13, and “follow” the film. Projects with enough online clout will be considered by the brothers for funding, and could receive up to $25,000.

“We had been working on getting funding for this film for about a year,” Pollino explains. If "D.I.Y." makes the cut, “they [the Duplass Brothers] will executive produce,” she says, “and help us shape the film and get distribution.”

Pollino, who has produced more than 250 episodes of television to date, says the film, which takes a funny look at marriage from a decidedly queer perspective, is about two sexually fluid people who want to tie the knot their own way. It’s a far less class and gender normative story than most mainstream audiences may be used to seeing on the big screen. It’s also heavily inspired by Philadelphia culture and will feature plenty of Philly talent, like David Sweeny of Johnny Showcase fame and Barrymore Award winner Genevieve Perrier. Sweeny is also collaborating with local musicians for the soundtrack.

“D.I.Y. exposes the morphing role marriage plays in today’s society,” says Pollino, “and celebrates the range of all possible relationships.”

She calls it “a film about marriage from a queer perspective.”

Sarah McCarron, one of the writers on the film and a Pig Iron Theater Company alumnus who has worked on the HBO drama "Luck" with Dustin Hoffman, says, “The movie is a love letter to Philadelphia.”

Yuval Boim, another of the film’s collaborators who recently guest starred on the CBS series "Bull" and has enjoyed a standout guest appearance on "Law & Order: SVU," says having the Duplass Brothers on board give them a lot of creative freedom.

“Jay and Mark Duplass are strong believers in do-it-yourself filmmaking,” says Boim. “The organic way they have structured and have grown their production company, and their emphasis on nurturing diverse voices in film and television, have been a guidepost for Sarah and me.”

PHILLY IN A SUPPORTING ROLE

That Philly will serve as the backdrop for the film is all part of the bigger pitch. “Philly, to me, has the greatest culture,” Pollino says. “A thriving and active queer culture in a multicultural metropolis that incorporates the old world and new.”

And while she doesn’t want to give away too many details about where or when production could start (likely late spring 2018), McCarron says the city will play a starring role with or without Duplass support. “We are committed to hiring local crew, as well as creating partnerships with local businesses in the Italian Market.” A wedding scene, for example, will feature cannolis from Philly’s own Rim Café.

The team, which is in talks with Philly’s All Ages Productions, is already receiving funding from The Greater Philadelphia Film Office. Pollino, McCarron and Boim each say they want to be able to tell a new story about Philly, one that considers more diverse voices.

“Philly has been depicted on screen in "Rocky," "It's Always Sunny in Philadelphia" and "The Philadelphia Story," to name a few,” says McCarron, “but there is a rich artistic counterculture as well. South Philly, though rapidly gentrifying, is a thriving, rare community of artists and working-class folks toasting cheers with the citywide special.

"The project’s goal is to honor and celebrate this, and the renegades, with an honest representation of what it means to live and work here.”