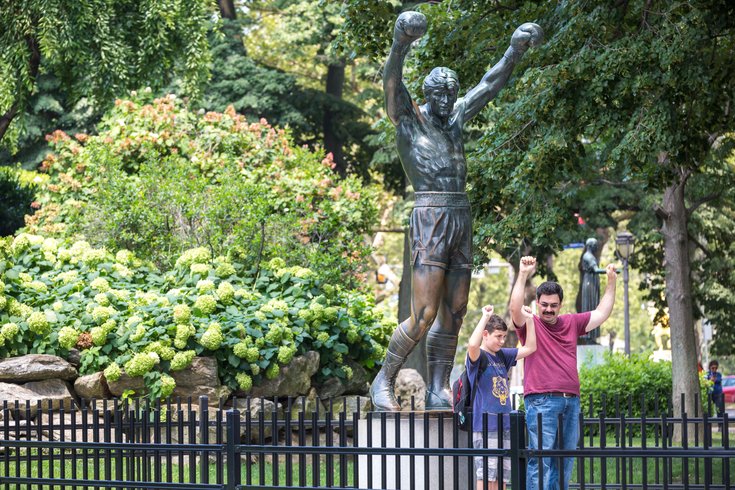 People pose for a photograph with the Rocky Statue near the Philadelphia Museum of Art.

John Oliver made a dig at Philadelphia and its most famous fictional boxer Sunday night.

During a segment on "Last Week Tonight" about Confederate statues in the United States, the HBO host noted that there had been spikes in the construction of such statues a few times during the 20th century, which Oliver argued meant they weren't so much commemorating the dead as they were "sending a pretty hostile message to African Americans."

Sending messages is what statues are for, Oliver said, first citing the Statue of Liberty as meaning "we love freedom."

Then, he gets his swipe of Philly in, showing a picture of the "Rocky" statue.

"This one says, 'The most notable thing about our city is a fictional character,'" Oliver said.

You can watch the joke below, and the full segment here.

Hey, considering we barely have any statues honoring the city's many notable women, and we only just put up a statue honoring an African American, it's hard to get too mad at him.

Still, what the hell, John? I think you owe us a train set.