Ranking: Pennsylvania’s four best pizzas are all in Philly

Did your favorite make the cut? 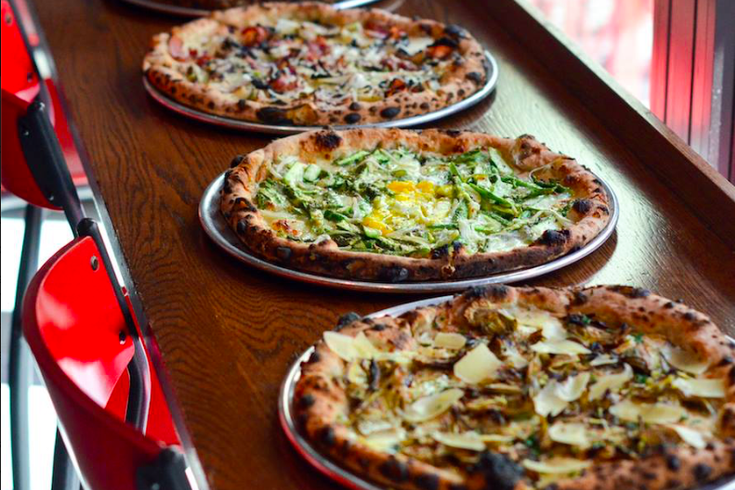 Specialty pies at Pizzeria Vetri, whose Philadelphia locations are at 1939 Callowhill St. and 1615 Chancellor St.

We here at PhillyVoice love our pizza, so it comes as no surprise to us that four of the city’s pizza shops found a spot on The Daily Meal’s annual 101 Best Pizzas in America list.

The Philly representation is even more meaningful, though, as the four shops lauded by the web site are the only four pies featured on the list from the entire state of Pennsylvania (suck it, Pittsburgh!), while South Jersey and Delaware also have no pizza featured to claim as their own.

Several pies from North Jersey are featured, but those are geographically close enough to New York City that it’s not worth getting into a battle over.

So, what Philly pizza got some love? The highest ranking among the pies is Chef Marc Vetri’s casual Pizzeria Vetri, with locations scattered in Rittenhouse, the Art Museum area and King of Prussia. It nabbed the No. 53 spot, most notably for its Tonno pizza, which features Sicilian tuna, onion, mozzarella, tomato sauce, and peperoncino.

Next up is Lorenzo and Sons Pizza, which ranked No. 71 for its cheese pie. The South Street mainstay attracts long lines for take-out, no-frills pies that run $3 per giant slice.

Fishtown’s Pizza Brain, which doubles as a pizza museum and shares a wall with Little Baby’s Ice Cream, came in right behind Lorenzo’s at No. 72. The Forbes Waggensense pizza was the noted favorite here, featuring mozzarella, fontina, grana padano, basil, smoked pepperoni, and tomato sauce.

Last but not remotely least, it’s none other than Pizzeria Beddia – 2015’s Best Pizza in America – that lands the fourth Philly mention on the list, ranking at No. 84 (aka, it got robbed). The shop’s pies, which classify somewhere between being New York-style and Neapolitan, are best enjoyed when topped with tomato, mozzarella, Old Gold aged cheese, and extra-virgin olive oil, the Daily Meal says.

If you haven’t already left to order a pizza, check out the full list here.