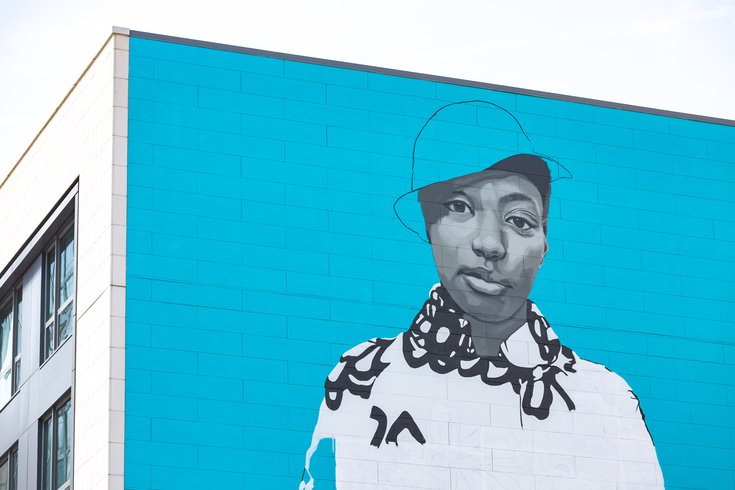 Artist Amy Sherald is painting a mural on the side of a building on the 1100 block of Sansom Street in Philadelphia. Sherald is a renowned portrait artist most recently known for her painting of former first lady Michelle Obama that is in Smithsonian’s National Portrait Gallery.

Sherald has already begun working on the mural, which will take up the better portion of the back entrance to the Target. The mural will be visible on Sansom Street, between 11th and 12th Streets.

News of Sherald working on a Philly mural broke earlier this week, when arts blog Streets Dept reported the news on Twitter:

HOLY MOLY: The one-and-only Amy Sherald (yes, THAT Amy Sherald who painted @MichelleObama’s official portrait!) is creating a mural in the Gayborhood right now with @muralarts... Can’t wait to see it when it’s finished! pic.twitter.com/zdwSQTESeT

Carise Mitch, Director of Communications and Brand Management at Mural Arts Philadelphia, confirmed to PhillyVoice on Friday that Sherald is indeed the artist behind the mural.

Sherald has been working professionally as an artist for more than two decades, but her star rose overnight after her striking portrait of Obama caught national attention:

Another young artist get the nod from the Obamas, this time for the already much loved Amy Sherald portrait of Michelle Obama. I can’t ever see it without thinking of the famous photo of the little girl in front of it . pic.twitter.com/af608gjsw8

According to an interview this week with The Cut, Sherald, a Georgia native, currently lives in New Jersey. (Considering she’s working on a solo show in New York City, we’re going to guess it’s North Jersey, but that’s okay.)

Sherald has previously worked in Pennsylvania before: She participated in “The Mosaic Project” in 2012 at the Pennsylvania College of Art & Design in Lancaster.

Mitch told PhillyVoice that Sherald has asked to keep details about the mural quiet until next week. Perhaps that’s when we’ll learn more about her vision for the latest entry in Philly’s rich mural history.