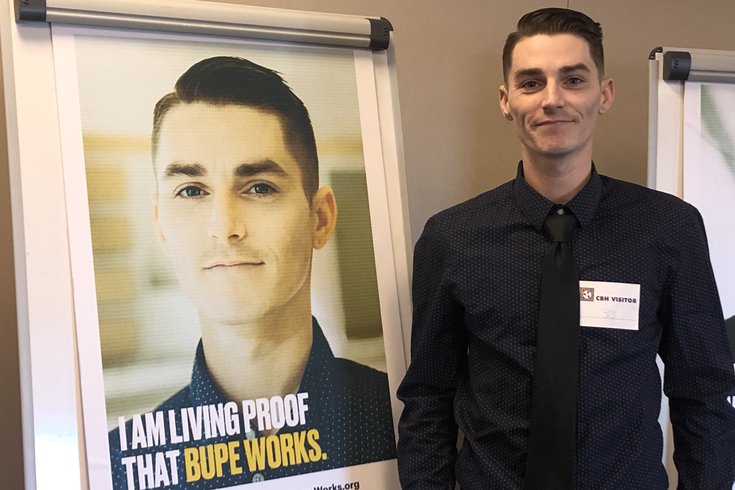 Philadephia officials unveiled a new campaign urging people battling opioid addiction to seek medication-assisted treatment. Pete Kinzie, who has been in recovery for eight years, is among the city residents featured in the campaign.

There are some 12,000 medication-assisted treatment slots in Philly – and 24 percent of them are currently available. City officials want to get the word out that help is available.

"This campaign is largely to say to individuals, 'If you are ready to participate in treatment, we have a slot for you,'" said David T. Jones, commissioner of the Department of Behavioral Health and Intellectual disAbilities.

Medication-assisted treatment combines behavioral therapy with medication that helps people resist the cravings to revert to opioids like heroin and prescription painkillers. The U.S. Food and Drug Administration has approved three drugs – buprenorphine, methadone and naltrexone – to be used as part of the treatment regimen.

Philadelphia's new media campaign specifically highlights buprenorphine, using the tagline "I am living proof that Bupe works" beneath the photos of several residents who attribute the medication to their recovery.

Such treatment has become "the gold standard" for opioid abuse with "ample evidence" to support its effectiveness, Jones said. Treatment with buprenorphine, also known by its brand name Suboxone, has increased sixfold within Philadelphia in the last three years.

"We need a media campaign to reach all the people in Philadelphia who might not be aware of this," Department of Public Health Commissioner Tom Farley said.

The $200,000 ad campaign will include television and radio spots, print ads, social media posts and ads placed at Frankford Transportation Center and on bus shelters. It also includes three billboard advertisements – two along I-95 and another on Route 1.

An estimated 50,000 to 100,000 Philadelphians use heroin on a daily basis – and many of them do not fit the stereotype of the homeless, street addict, Farley said. Additionally, another 168,000 residents are using prescription opioids, though prescriptions for them are falling. 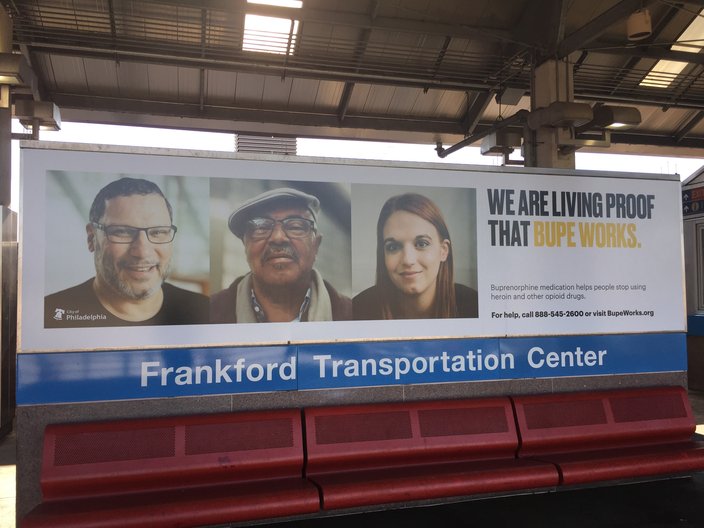 The media campaign features the stories of several city residents who are now in recovery, including Pete Kinzie, who said he began medication-assisted treatment in 2011 after more than 20 stints at traditional rehab programs.

"I had no family left," Kinzie said. "I had stolen from everybody I loved. I literally had nothing left. I was living on the streets. I figured I'd give it a shot."

For him, it worked. He now works at a drug and alcohol treatment facility where he shares his recovery story with people facing the same struggles he encountered. Medication-assisted treatment helped him regain his life.

Kinzie participated in the media campaign to alter the perception that people who use medication-assisted treatment are not truly sober. He still uses a small dose of buprenorphine, but he said he considers himself sober.

"Even today, you're not looked at like you're sober if you're on Suboxone or if you're on methadone – especially methadone," Kinzie said. "A lot of people don't accept it, but some people do. But I had tried for so many years and failed. All of a sudden, I go to this and here I am."

The campaign also features the story of Ronald McAdams, who said he battled addiction for 35 years, at times landing in prison or on the streets, before beginning medication-assisted treatment. Now, he's finally set to earn his high school diploma from Benjamin Franklin High School.

"I always was against Suboxone, because I thought it was something that you had to depend on," McAdams said. "But for the most part, Suboxone has really saved my life."

The media campaign features a phone number – 888-545-2600 – on each ad. People seeking treatment will be referred to one of the city's providers for an initial assessment. Medicaid may cover treatment for people without insurance, city officials said.

Earlier this year, the city announced that individuals with opioid use disorder will be able to access medication-assisted treatment through any of the 80 residential drug treatment programs under contract with the city. Currently, some form of the treatment is available at about 65 percent of the facilities.