Philly lights up Boathouse Row for 6th night of Hanukkah 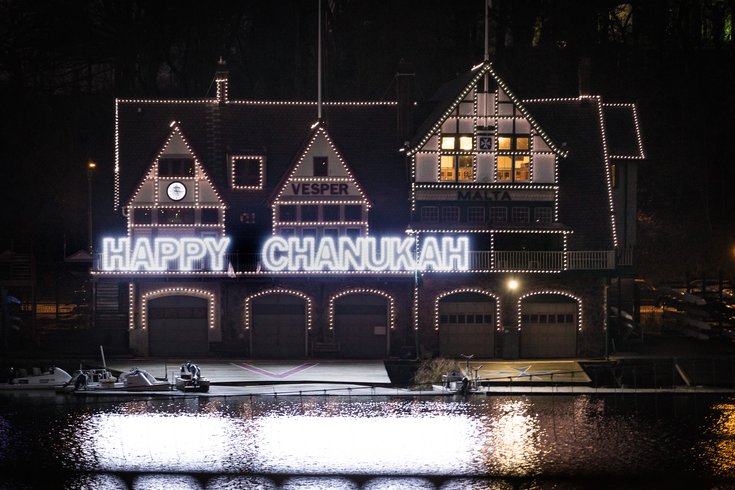 The Vesper and Malta Boat Clubs act as the shamash of the Philadelphia Parks and Recreation sponsored Boathouse Row menorah. Photographed Thursday, December 29, 2016.

Earlier in the month, Mayor Jim Kenney made a promise to celebrate the diverse religious and cultural holidays of the season by recognizing Christmas, Kwanzaa and Hanukkah on the city’s behalf.

Thursday, Dec. 29, 2016, marked the sixth night of the Hanukkah celebration.

From Dec. 16th through the 23rd, Boathouse Row was lit up red, green, silver and gold, in honor of Christmas. At the top of every hour, the lights were programmed to display a five-minute light show. New this year, from Christmas Eve until New Year’s Eve, Boathouse Row is boasting white and blue in honor of Hanukkah. The idea is to turn the houses into one of the largest representations of the menorah in the nation.

“We hope this event will catch on and we get an even bigger turnout next year,” said Parks & Recreation Commissioner Kathryn Ott Lovell.

RELATED LINKS: A guide to 20-plus New Year's Eve events in Philly | Kwanzaa – a cultural holiday, not a religious one | Four interesting facts about Philly native Kevin Bacon