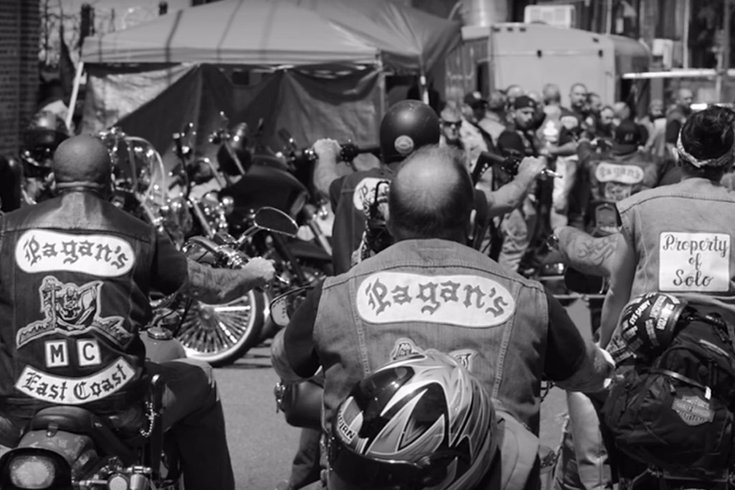 The Philadelphia Chapter of the Pagans MC hosted a huge bash recently for the brotherhood in Philly, drawing as many as 400 Pagans from up and down the East Coast.

In this Mob Talk exclusive, mob experts George Anastasia and Dave Schratwieser discuss Mob Boss Joey Merlino's visit in prison. Plus, the Philadelphia Chapter of the Pagans MC hosts a huge bash for the brotherhood in Philly. As many as 400 Pagans from up and down the East Coast attend, including members from Boston, New York, Maryland, New Jersey, Pennsylvania, West Virginia and Delaware. They have the pictures from the rally and the inside info on how the Pagans are trying to grow and solidify their ranks. Not to mention a  first-hand look at who was there – including Keith "Conan" Richter, national president of the Pagans MC – and what it all means. And, news about the release of Philly Mob Underboss Anthony Staino from federal prison.

In Episode 30 of Mob Talk Sitdown, George Anastasia and Dave Schratwieser discuss the FBI's 1-2 punch on the Philly Mob and a revamped triumvirate calling the shots for New York's Gambino Crime Family. As one Philly Mob soldier pleads guilty, a top mob associate with top level connections faces a new indictment. They unravel the details and the fallout in Philadelphia and what the new changes for the Gambino Crime Family might mean moving forward.