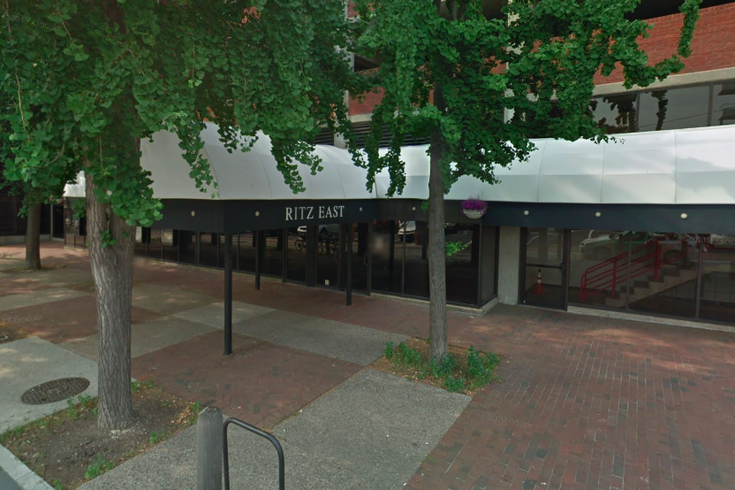 The Sansom Walk entrance to the Ritz East movie theater in Old City.

It's not necessarily strange that the Ritz East movie theater in Old City temporarily closed for less than 48 hours this week.

It is slightly strange that the company that owns the theater won't explain why.

In a tweet around 9 p.m. Monday, Landmark Theatres announced that Ritz East had to "unexpectedly" shut its doors to moviegoers for an unspecified amount of time. One Philadelphia reddit user claimed the theater closed "mid-movie."

Update: #RitzEast had to unexpectedly temporarily close tonight. We will have more information regarding the theatre's re-opening tomorrow morning. Thanks for your understanding!

The theater remained closed Tuesday. On Wednesday, Landmark said that Ritz East was back open "for business as usual."

REPORT: MoviePass could run out of cash in about two months

So, what "unexpected" thing happened? A message to Landmark Philadelphia's Facebook page was referred to a Landmark corporate spokesperson (Philly's three Ritz theaters were acquired by Landmark, the Mark Cuban-owned theater chain, in 2007).

"Yes, we are currently re-opened. I’m afraid that we can’t offer comment on operational issues," a Landmark spokesperson said in an email to PhillyVoice.

A spokesperson for Philadelphia's Department of Health said the theater was last inspected in October. There were a few minor violations, like an empty paper towel dispensary, soda crates being improperly stacked and some mouse poop in a storage area.

But none of those violations would cause such an abrupt shutdown, health department spokesman Jim Garrow said. And besides, that was back in October.

A call to the Department of Licenses and Inspections was not immediately returned Wednesday afternoon. However, online records don't appear to show any L&I violations.

Weird. If you have more details as to why Ritz East closed for the past two days, reach out.

Anyway, as noted, the theater is reopened if you want to go. "The Death of Stalin" is currently showing, and I've heard it's quite good.