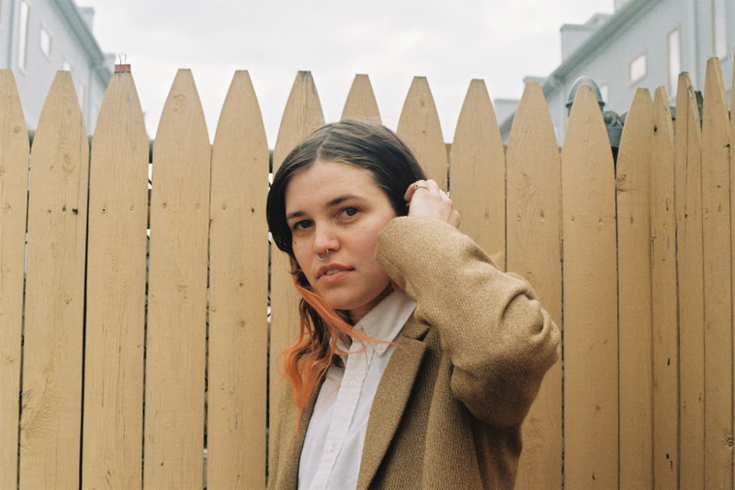 Yowler's Maryn Jones is back with a new record of heartbreakers.

The nihilism is real in this one. Jon Loudon doesn’t hold back with his wide-lens look at the world, and as a patient drum track and relentless guitar picking run in the background he drops one of the best couplets of 2018: “I love your protest lines/Oh, but who has the time?” Tell me about it, Jon. The chorus is awash in reverb-y guitars and the outro melts beautifully into white noise. They’ll be at First Unitarian Church in late October.

We’re bending the rules just a bit to accommodate Asbury Park rockers Dentist, but not without good reason. The title track from their latest record sounds, at first blush, like a crossover between Alvvays and Best Coast — until Emily Bornemann's vocals make it very clear on the off-kilter chorus and warbling bridge that this is decidedly a new sound. The second half of this track devolves into a showcase for Justin Bornemann’s guitar: the chords get darker, a solo slices through a previously glimmering song, and in the end you’re somewhere entirely new.

“Night Swimming” is out now on Cleopatra Records.

Working with Philly producer Kyle Gilbride — think Waxahatchee, Swearin’, and more great northeast rock — Maryn Jones sounds like she’s got another album full of gut-wrenchers on the way. Her voice darts in so many directions. The simple four-chord acoustic guitar during the verses mesh with a shuffling drum to create a dusty backdrop for Jones to remind you that she is still here. It’s easy to put this song on repeat.

“Black Dog In My Path” is out Oct. 12 via Double Double Whammy.

Unsurprisingly, one of Vacationer’s artist-assembled Spotify playlists includes a track from Tame Impala’s last full-length album, 2015's "Lonerism." The dreamy vocals that seem to float on waves to infinity, the stop-start synths and the heavy bass line — the influences are all laid out clearly. Vacationer’s Audiotree session from last month is also worth a listen, but this, the original version of the album opener, is a bulletproof tune.

“Mindset” is out now on Downtown Records.