It has been some 25 years since Steve Duffy lived in Philadelphia, but the New Mexico delegate was pleased to return home to take part in Tuesday's historic nomination.

Duffy, a delegate from Ruidoso, about 125 miles southeast of Albuquerque, cast his vote for Hillary Clinton, who became the first woman to win the presidential nomination of a major party. He was thrilled by the roll call vote, which was interrupted when Bernie Sanders moved to nominate Clinton by acclamation.

"We made history tonight," Duffy said. "It was just such an amazing thing to be a part of."

Clinton's nomination invigorated most of the delegates who packed the Wells Fargo Center early in the evening. But former President Bill Clinton left Clinton's supporters in awe after he essentially closed the night with a speech that recounted how he fell in love with his wife.

"It was romantic and personal – all the things we have veered away from," Duffy said. "Tonight was all about listening to personal stories. It was capped off by the person she's closest to." 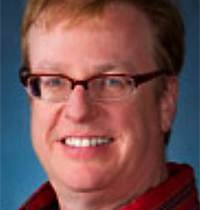 Clinton told how he met Hillary as a law student at Yale University in 1971, saying they've been "walking and talking and laughing together" ever since a walk to an art museum more than four decades ago.

"He made you really picture Hillary as a young woman, as a super-achiever and a fabulous mother," said Lynn Gardner Hinkle, of Kansas City, Missouri. "She's a multi-dimensional woman – like all women are. He captured the parts that, really, only the people who spend every day with you can."

"It showed a side of Hillary we hadn't seen or heard about....I adored it. His speech showed she is a person with a big heart who is willing to fight for us all — no matter what." – Andre Gonzalez, New Mexico delegate, on Bill Clinton's speech

"It showed a side of Hillary we hadn't seen or heard about," Gonzales said. "It was really personal. I absolutely loved it. I adored it. His speech showed she is a person with a big heart who is willing to fight for us all — no matter what."

Many people began heading for the Wells Fargo Center exits as soon as Bill Clinton wrapped up his remarks. But those who did missed a surprise video appearance from Hillary herself.

Hillary appeared live via satellite on the giant screen after a delegates watched a video showcasing photos of the country's past and current presidents – all of them male. Suddenly, the image shattered like glass and Clinton appeared from New York.

Wortham attended the DNC in Denver eight years ago, when Barack Obama became the first African-American to win a presidential nomination. She anticipates Hillary's acceptance speech on Thursday.

"I think she's going to reiterate how she sees America and how she can bring change," Wortham said.