Philly official identified as suspect in anti-Trump graffiti at market 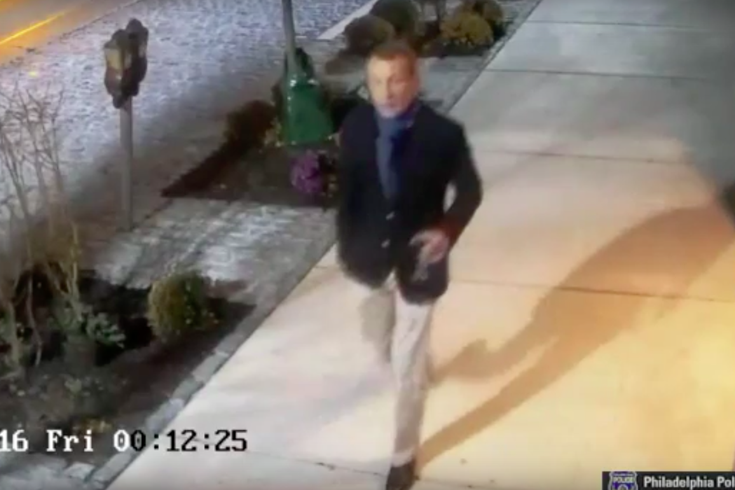 Assistant city solicitor Duncan Lloyd is one of two men seen on a surveillance video that captured a vandal spray painting anti-Donald Trump graffiti on the wall of a supermarket in Chestnut Hill, according to First Deputy City Solicitor Craig Straw.

"To my knowledge, Mr. Lloyd has already contacted the Philadelphia police and is cooperating with them," Straw said in a statement on Wednesday. "We will decide on a course of action once we obtain more information about the investigation. We do not condone this type of behavior from our employees."

The surveillance video, released Tuesday by police, shows two men approach the Fresh Market store at 8200 Germantown Ave. The video depicts one suspect spraying a message on the supermarket's front wall. The other suspect then appears to take a photo or video of the graffiti, which reads "F*** Trump."

Lloyd is the man taking pictures, according to a source familiar with the matter. In the surveillance video, he is seen wearing a blue blazer, tan pants, blue scarf and black shoes.

Lloyd has been work for the city's law department since 2011, according to his LinkedIn page.

Philadelphia police did not immediately respond to a request for comment.

Damage to the stone facade of the building is estimated to be between $3,000 and $10,000, investigators said Tuesday.

The Philadelphia Republican Party is calling for Lloyd to be fired.

The incident, which occurred shortly after midnight on Friday, is one of several acts of political vandalism that have occurred in Philadelphia since Trump beat Hillary Clinton in the presidential election on Nov. 8.

Police described the first suspect as a white male between the ages of 20 and 30, about 6 feet tall with a medium build. He was wearing a blue-hooded jacket, gray pants and black shoes.