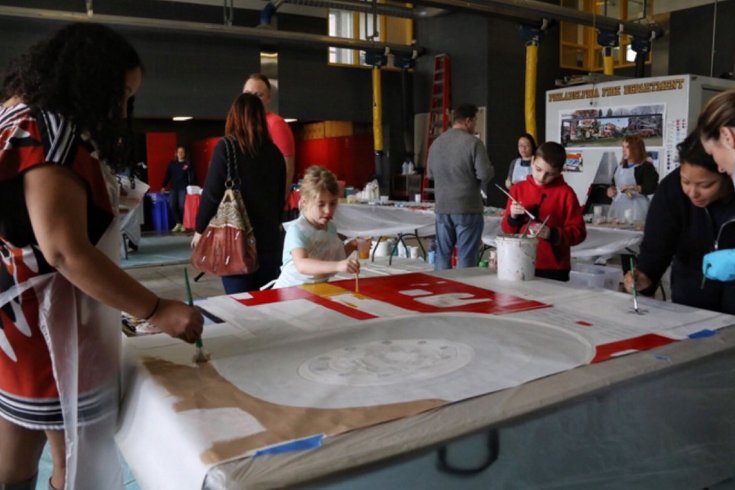 Mayor Jim Kenney joined other Philadelphia officials and children this weekend to create artwork to honor two city firefighters, who recently lost their lives on duty.

On Saturday, Mural Arts Philadelphia and the Philadelphia Fire Department partnered to design a mural in tribute to fallen fire personnel, Lt. Joyce Craig and Firefighter James Hynes. The event was hosted by the Engine 38 Fire Station.

Today is about remembering the lives of two @PhillyFireDept firefighters who lost their lives in line of duty: James Hynes & Joyce Craig pic.twitter.com/Z7B72laXZk

The mural will be located in the Lawncrest neighborhood of the city where Craig was last assigned and Hynes grew up.

Craig died while on duty battling a fire in the West Oak Lane section on Dec. 9, 2014. She was the first female firefighter to die in the line of duty in the city's history. Craig was posthumously promoted to lieutenant.

You missed a spot, @PhillyFireDept 😂 Doing a great job! Thank you to everyone who came to help paint today. #MuralArts pic.twitter.com/rmoupGQNow