The workers were still receiving paychecks when they filed for benefits, investigators said 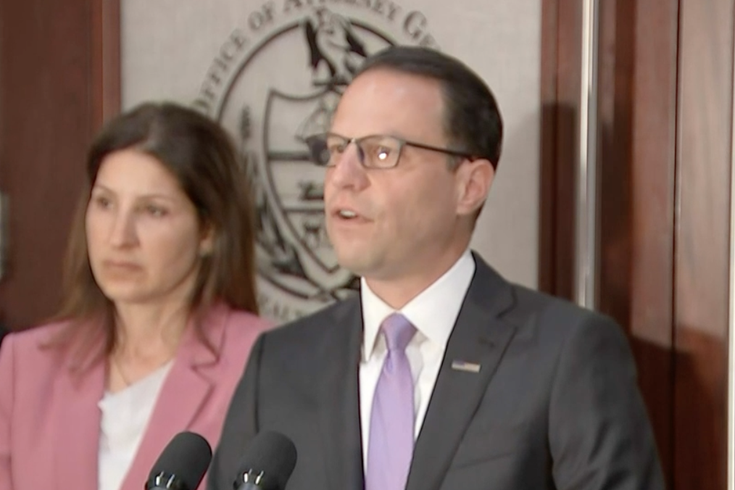 The employees allegedly stole more than $300,000 combined between Feb. 2020 and Sept. 2020. Investigators do not believe the actions of the workers were coordinated in any way, but rather are part of a wider pattern of PUA fraud that has resulted in charges against 63 people in Pennsylvania over the last year, Shapiro said.

The employees allegedly claimed on their PUA applications that they lost their jobs due to COVID-19. Records reviewed by investigators showed the workers were still employed and were receiving paychecks at the time they filed for the relief program.

During the course of the alleged fraud, each employee, identified below, received benefits ranging from about $17,000 to $63,000. The jobs the employees worked were not disclosed.

"These individuals didn't just apply for PUA assistance once and got the money," Shapiro said. "Instead, they had to go online, week after week, and reaffirm that they were unemployed due to COVID-19."

The Attorney General's Office began investigating after receiving a referral from the Philadelphia Office of Inspector General.

The employees charged on Thursday will be fired, a city spokesperson said.

"We believe that public employment is a privilege that demands honesty, and we have initiated the dismissal process for these employees," the spokesperson saiid. "There is no place in the City of Philadelphia’s workforce for those who choose to defraud government benefit programs that are intended for people in need, and we are grateful to the Office of the Inspector General and the Attorney General for their work to hold these individuals accountable."

The U.S. Justice Department has brought charges against hundreds of people for defrauding COVID-19 relief programs. The U.S. Secret Service said last December that about $80-100 billion in pandemic relief funds had been stolen, only $2.3 billion of which had been recovered. Two of the most heavily targeted programs have been the Economic Injury Disaster Loan program and PPP, in addition to PUA.

In May, the U.S. Department of Labor estimated about $163 billion in PUA benefits were likely issued in error, a significant chunk of which stemmed from fraud. Criminals were able to exploit administrative gaps and faulty safeguards between federal and state systems, officials have said.

Some lawmakers have pointed to lax oversight and weak controls by the Trump administration that allowed widespread fraud to undermine COVID-19 relief programs, since speed of relief was prioritized over security. In the EIDL and PPP programs alone, a Congressional memo estimated there has been as much as $84 billion in fraudulent claims. Anywhere from $90 billion to $400 billion is believed to have been stolen from the $900 billion PUA.

The American Rescue Plan, the $1.9 trillion economic stimulus bill passed in March 2021, included $142 million to enhance oversight and prevent fraud in various relief programs. Data scientists with the Pandemic Response Accountability Committee have been tasked over the past year with using artificial intelligence to help track down as much stolen taxpayer money as possible.

The Attorney General's Office continues to investigate cases of PUA fraud and urges those who received money to self-report fraud and voluntarily repay the funds.

“If you made some extra cash during the pandemic by fraudulently applying for PUA benefits – turn yourself in and get on a payment plan to repay the taxpayer money stolen. Do the right thing, or potentially face criminal charges and prosecution. The Department of Labor & Industry has set up a Fraud Hotline at 1-800-692-7469 or benefits.uc.pa.gov so you can self-report this fraud. Don’t wait for us to knock on your door,” said AG Shapiro.