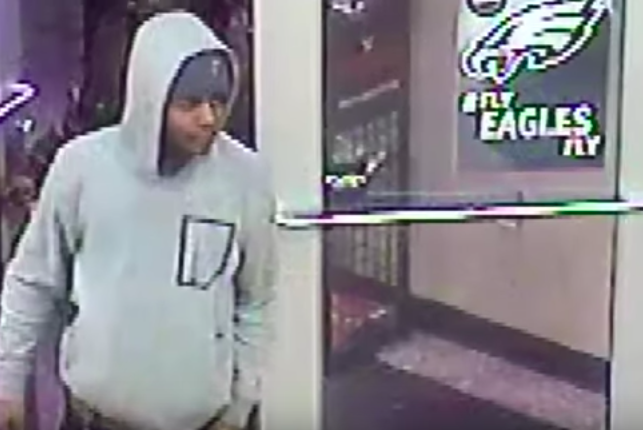 Surveillance video released by police on Wednesday shows one of three suspects sought in the robberies early this month.

Philadelphia police say they are searching for two men and a woman accused of forcing a 45-year-old man to leave his home at gunpoint and withdraw money from a number of ATMs earlier this month.

The man was forced to leave his Germantown home around 11 p.m. on Dec. 10, police said. The suspects allegedly drove the man to several TD Bank branches, forcing him to withdraw money from the ATM at each.

They then arrived at the Wawa store on Bartram Avenue, near Philadelphia International Airport, around 3 a.m.

Surveillance video posted to the police department's website on Wednesday shows one of the male suspects and the victim, whose face is blotted out on the video, entering the store. But after the victim "made a commotion seeking help" from staff members, the suspect fled the store, police said.