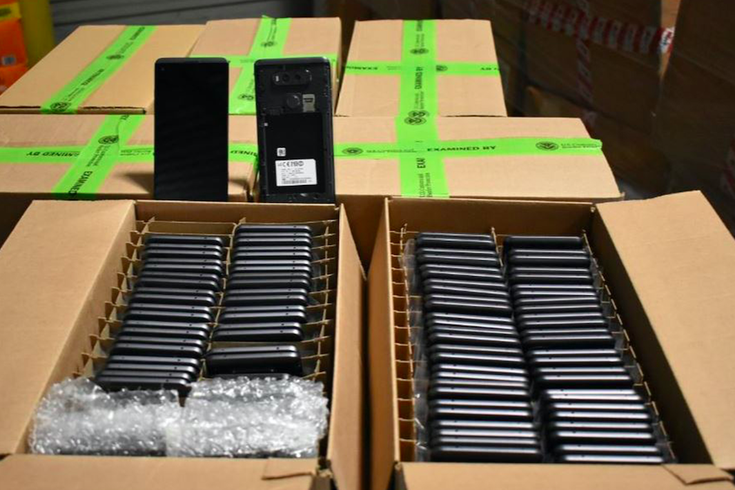 Fake smartphones sent to the United States from China were seized in two shipments at the Port of Philadelphia in July and August. Officials say their combined value, if authentic, would be nearly $1 million.

More than 4,000 counterfeit smartphones were seized at the Port of Philadelphia in two shipments that arrived from China over the last month, Customs & Border Protection officials announced Thursday.

Had the smartphones been authentic, they would have had a total manufacturer's suggested retail value of $941,450, according to investigators.

The shipments were routed from China through the Dominican Republic and finally to Philadelphia. They were labeled as used cell phones.

During the inspections, officials shipped samples of the phones to trade experts to test them for trademark authenticity. The counterfeit phones will be destroyed.

“In addition to substantial theft suffered by the lawful trademark holders, these counterfeit smartphones may also pose a financial security and health threat to American consumers due to the installation of identity theft software on the phones or the potential for counterfeit batteries to overheat and burn consumers,” said Casey Durst, CBP director of field operations in Baltimore.

CBP officers around the country typically seize $3.7 million worth of counterfeit products with intellectual property violations on any given day. Had the products seized in 2018 been genuine, they would have been worth a combined $1.4 billion.