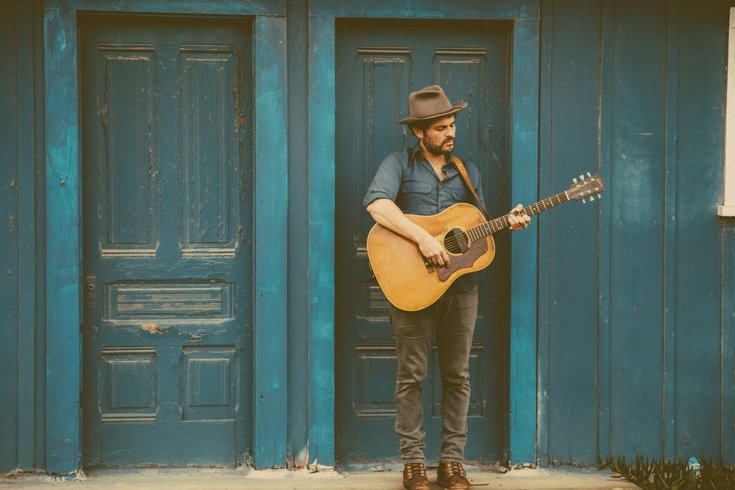 Gregory Alan Isakov, pictured, is an indie-folk recording artist. Isakov was born in Johannesburg, South Africa, but grew up in Philadelphia from the age of 6.

Gregory Alan Isakov is a Johannesburg-born but Philly-raised indie-folk singer who's accrued a loyal following thanks to "The Weatherman" and "The Empty Northern Hemisphere" — albums that, in addition to his new collaborative album with the Colorado Symphony (out June 10), now have him touring the country. It is, to be sure, a long way from his days skateboarding along the R5 or playing drums downtown for his friends' death metal band.

Here, ahead of his June 19 performance at the Kimmel Center alongside the Philadelphia Youth Orchestra, 36-year-old Isakov teases out the meaning behind his new single, describes his songwriting process and explains how Bruce Springsteen influenced his artistry — even as a folk artist.

What prompted you to leave Philly?

It’s a couple things. I got into horticulture school in Colorado. I don’t know what it was, but there was something that I — I was really curious about going west, and finding that sense of 'home' was always sort of elusive to me. So I don’t know, it was sort of a big adventure and I landed just outside of Boulder, Colorado, and I haven’t left yet. I’ve been here 15 years.

When do you think your music career started to take off?

Did it take off? I hope so! I’ve always been doing it; it’s always been part of my life — like eating dinner, I just did it every day. I was in horticulture school about to get my masters in microbiology and mushrooms, and I got my first tour with Kelly Joe Phelps, opening, and I think we played the Tin Angel, actually, and I was like ‘Oh I’ll go to school later.’ And I’m still doing it. It’s just crazy.

What is ‘Liars,' the single off the new album, about?

I think that song is about — it’s sort of about a certain sense of reckoning. The character in the song sort of has this subconscious part of the song which — I sort of think about it as two songs in a way. I write a lot of songs with my friend Ron Scott, from Austin, Texas, and we worked on a couple together, and that particular one we’ve been playing for years. Probably 10 years. So I really wanted to record it and shed some light on his songwriting and move some energy toward him, because I’m such a fan of him. But I think that song is two songs in one: The first is the internal mind, and then there’s like this kind of sense of place that happens in the song — a sense of reckoning with the character.

Do you often write songs with the concept of a character, rather than it being autobiographical?

I think I always make it in there somewhere, but when people ask ‘Who is that song about?’ or ‘Where is that song about?’ I always think, ‘About 10 different people, eight different towns ...’ I’m writing this kind of living thing; you have a relationship with it. And it can take a really long time — I worked on this one song called ‘Dandelion Wine’ for nine months, and it just wouldn't finish itself. I had the first part, ‘Summer days are just a magazine, a magazine / Cutting grass for gasoline, for gasoline,’ and that's all I had for like eight months. And then I picked up the guitar later that fall and the rest of the song came. But I do feel like they’re alive, you know? And I’m never trying to make them about something until they’re done.

What is that line about? That first line ‘Summer days are just a magazine’?

Yeah, you know, first and last lines are really important to me. I’m always hunting for them. And that particular song, I was listening to a song by Paul Simon called ‘Papa Hobo,’ do you know that song? He has a line about a kid growing up in Detroit, and it’s like ‘Detroit, Detroit, got a hell of a hockey team / Got a left-handed way of making a man sign up on that automotive dream,’ and I just thought ‘Man, a left-handed way,’ that’s such a cool line. And I remember thinking, ‘There are no rules in the way we can make up our own sayings.’ And paint a picture with one line of words. And maybe even, if it doesn’t really make, sense phonetically, it still paints a picture no matter what. So I’m always after that.

Working with the Colorado Symphony for the new album, how did that change your music in the end?

Yeah, I don’t know. For me, it was just such an honor to get to play with them. The arrangements were so vast. I just kind of chose the one that kept the space the most. We recorded about 15 songs and I’ve always made records with a lot of space — kind of like I’m whispering to somebody, or I’m saying it to one person in their car or something. And then our live shows have always tended to be heavier, more energy, darker, bigger. But I think we got this beautiful kind of marriage of the two with this record. We get the kind of big stuff I never get on a record I make, and also the really quiet, spacious stuff. And it’s a weird record for me; it was a strange collaboration, where I didn’t know if it would actually work, musically. And I was just so happy with the way it came out. It’s sort of a side record I wanted to make because I’ve been working on  full-length the past year. And this was something for fans who couldn’t make it to these symphony shows and hear these arrangements. Because we worked so hard on them.

You list Bruce Springsteen as an influence. I don’t normally think of Springsteen when I think of ‘indie-folk.’ How do you reconcile that?

Yeah yeah, totally — you think of ‘Born to Run.’ I think probably my favorite record out there is a record he put out in the ’90s called 'Ghost of Tom Joad.' And uh, I think he’s a different — he’s one of those songwriters I really look up to because he has this way of — that record is super about the southwest and there’s a lot of Mexican-border stuff going on, and he’s just such a master of telling a story in a song. And it’s not really the way I write — I’ve tried a few times, writing story songs, but I’m more of 'Paint these little pictures and pretend I’m in two places at the same time.’ Looking over everything from high up, or maybe underground. But I’ve always loved that record so much. I think that record has made a big impact on me. 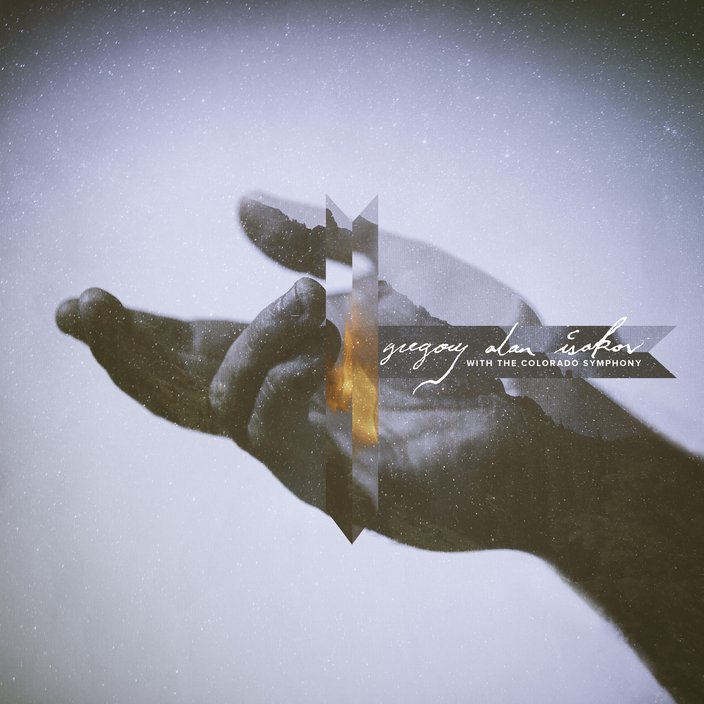 The album art for Gregory Alan Isakov with the Colorado Symphony, out June 10.

Do you have favorites when you put out albums?

Not really. I hate them all when I’m finished. But they’ve all made me fall in love with music at some point. I don’t think I’ll ever get to listen to them. Because I’ve seen the inner clock of all of them — I’ve ripped off all the belts and replaced all of them and kind of changed the oil on every song and you lose that sense of ease with them while trying to maintain a sense of ease. You want them to sound easy. I work really hard to make them sound easy. But I think once in a while a song will happen that I’ll feel like, ‘Yeah we won on that one.’

This tour has you in a lot of cities. Philly has buzz right now as an emerging live music capital of sorts. In your experience, is there any truth to that?

I hope so. Philly, for me, it’s always different because I grew up skateboarding on the R5 line and went to shows at the Troc and was into punk music, and we’ll play a big show in New York, a big show in D.C. and a little show in Philly. Because, I don’t know, it’s never been a place where — it hasn’t been like, ‘Oh yeah that sold out weeks before.’ But then a lot of my friends still live there, and there’s a huge art scene. All of my friends who live there either do mosaic work, paper work, are visual artists, photographers, videographers, musicians — everyone I know there’s an artist. So when you have such a community of art like that, it’s not the same as having a big commercial music scene. It’s very grassroots, local, supportive that way. I’ve gotten to check out a lot going on in Philly and it’s amazing.

What are you working on now?

I’m making a record right now. I run a small farm in Colorado so I’m doing a lot when I’m home — we’re growing a lot of seed this year, vegetable seed. So there’s a ton of work there. But I’m also making a record here, kind of sketching out the final record before I leave.

What are you looking forward to about playing with the Philadelphia Youth Orchestra?

I’ve heard amazing things! I toured for a few weeks with the Indigo Girls and they told us about it, they said it was one of the best shows they’ve ever had and were so blown away, but I was so excited to get the opportunity to play with them.